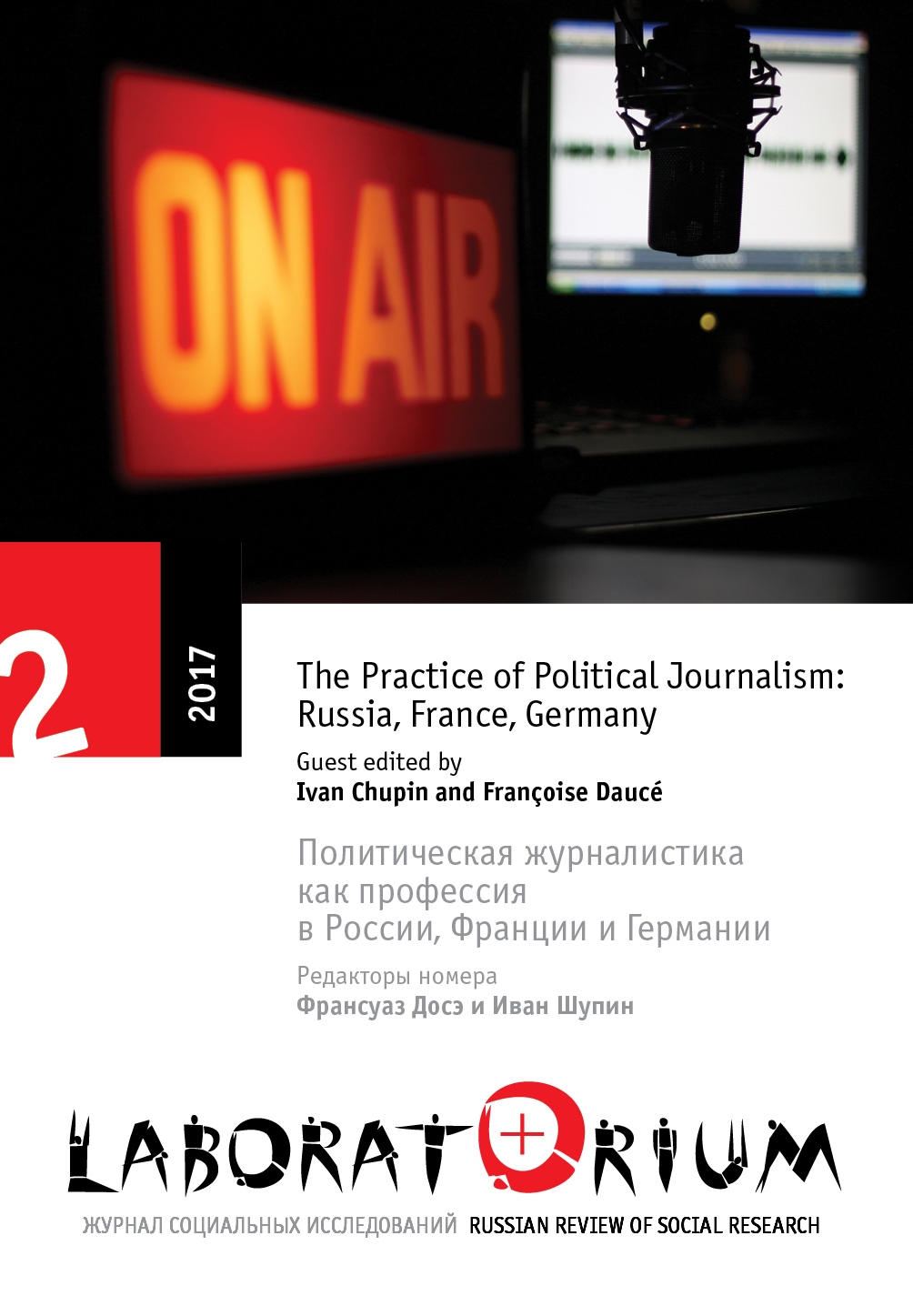 Summary/Abstract: In the media community and sociopolitical publications, every termination of a journalist’s employment in Russia immediately raises suspicions of a crackdown on the “fourthestate.” In this article we analyze employment terminations in newsrooms in light of the interactions between separating parties. The political disputes that occurred in Russian news media between 2012 and 2014 shed light on the complex forms of pressure and compromise exerted on journalists. We have selected three cases (Gazeta.ru, Kommersant-Vlast’, and Lenta.ru) to illustrate three modalities of regulation of political disputesin the Russian media in the mid-2010s. They show that political control is perfectly compatible with the liberal management of press companies, which facilitates the use of financial justifications in cases of conflict, and with newsrooms’ commitment to social civility, which insures observance of good morals. Despite their differences, the three termination cases show the avoidance of politics in the Russian media in three ways. Neither authoritarian control nor renunciation on the part of journalists explains the exercise of power over the Russian media. It is rather on the side of negotiated arrangements meant to avoid political controversy that we observe the reconfiguration of public space in Russia.