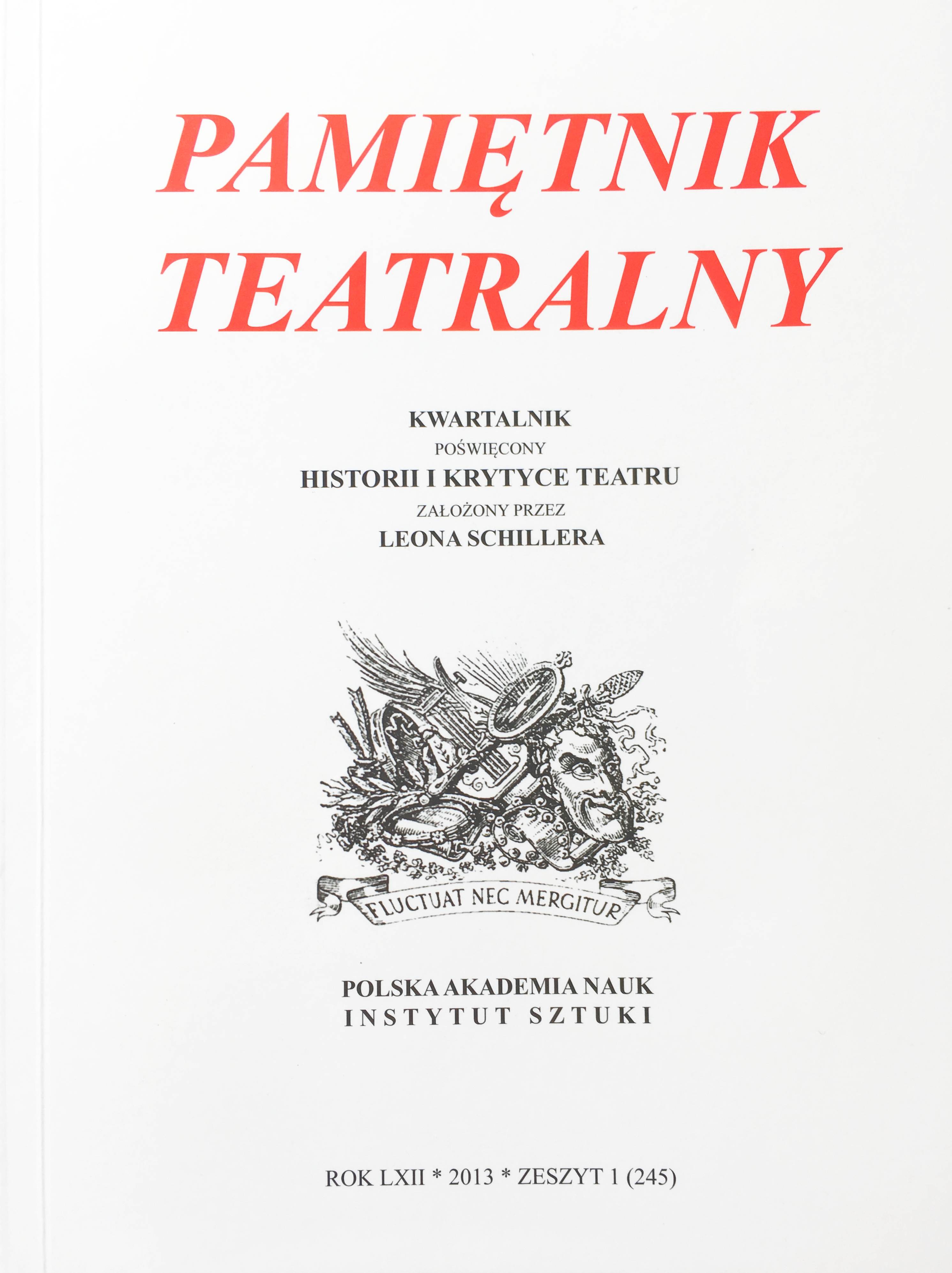 Summary/Abstract: Pamiętnik Teatralny, the best Polish (quarterly) academic journal devoted to “history and critique of theatre”, was established in 1952, that is, half a century after Pamiętnik Literacki, the best Polish literary criticism journal. After the death of Leon Schiller, an outstanding man of theatre and the journal’s founder, Pamiętnik Teatralny gained its subheading: “A Quarterly Journal of Theatre History and Criticism, Established by Leon Schiller”. Since its first issues, the cover of the journal has featured a Latin sentence: fluctuat nec mergitur, which is incidentally also the motto of the city of Paris and can be translated as: “it is tossed by the waves, but does not sink.” The motto is accompanied by a picture by unknown author, depicting a “pile” with a theatre mask, a mirror and a harp in the foreground, which is a metaphor of theatre as such. Almost right after Schiller’s death, from 1956 up to 1992, the helm was taken over by the excellent tandem of editors-andprofessors, Zbigniew Raszewski and Bohdan Korzeniewski. From 1952 to 1992, 164 issues of the journal were published, including 37 monographic volumes that had been building the exceptionally high academic prestige of the periodical from its very beginnings.