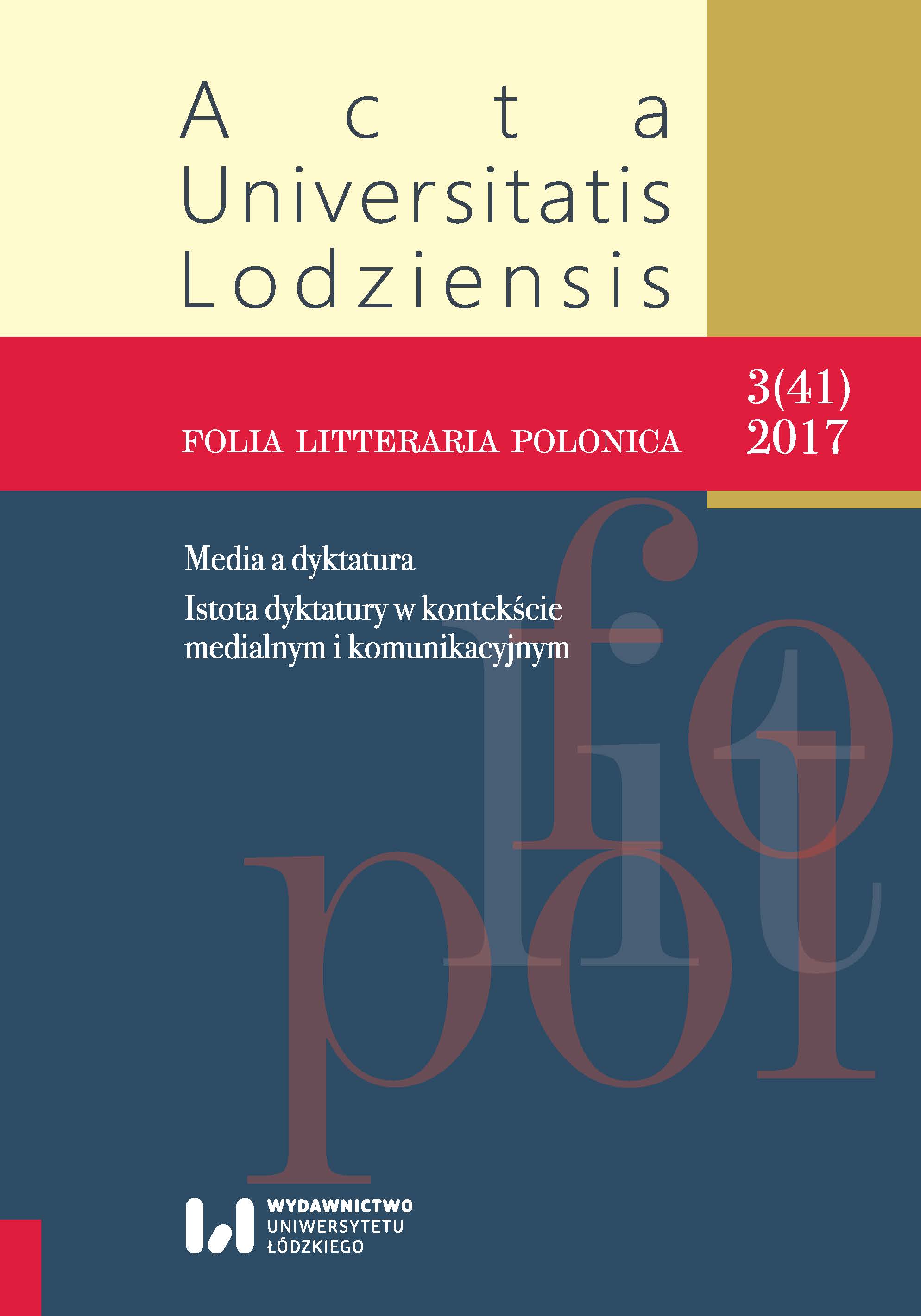 Summary/Abstract: The objective of the article is to analyze the persuasive potential of television, which makes it a useful tool of political propaganda. The starting point is a quantitative and qualitative analysis of the materials broadcast on the public television TVP Info on 10.04.2016, the 6th anniversary of the Smolensk airplane crash. It allows for the identification of specific tools of manipulation used by the broadcaster to shape the public opinion (i.a. gatekeeping, framing, emotionalization of the message), as well as the factors that determine the usefulness of television in political propaganda activities, namely: coverage, accessibility, audio-visual nature and the possibility of controlling the message. The audio-visual nature is especially important in this regard. Because of it, persuasion in television is not based on the exchange of arguments and thoughts and therefore not on the logos, but to a large extent on manipulation through images and symbols, and therefore on the rhetorical pathos. The image simplifies reality, it is suggestive (it transmits information in a direct way, does not leave much room for nuance), it gives the illusion of realism (it creates a belief about the authenticity of the presented event), and removes the variety of cognitive authorities (on the television the image itself is the authority).