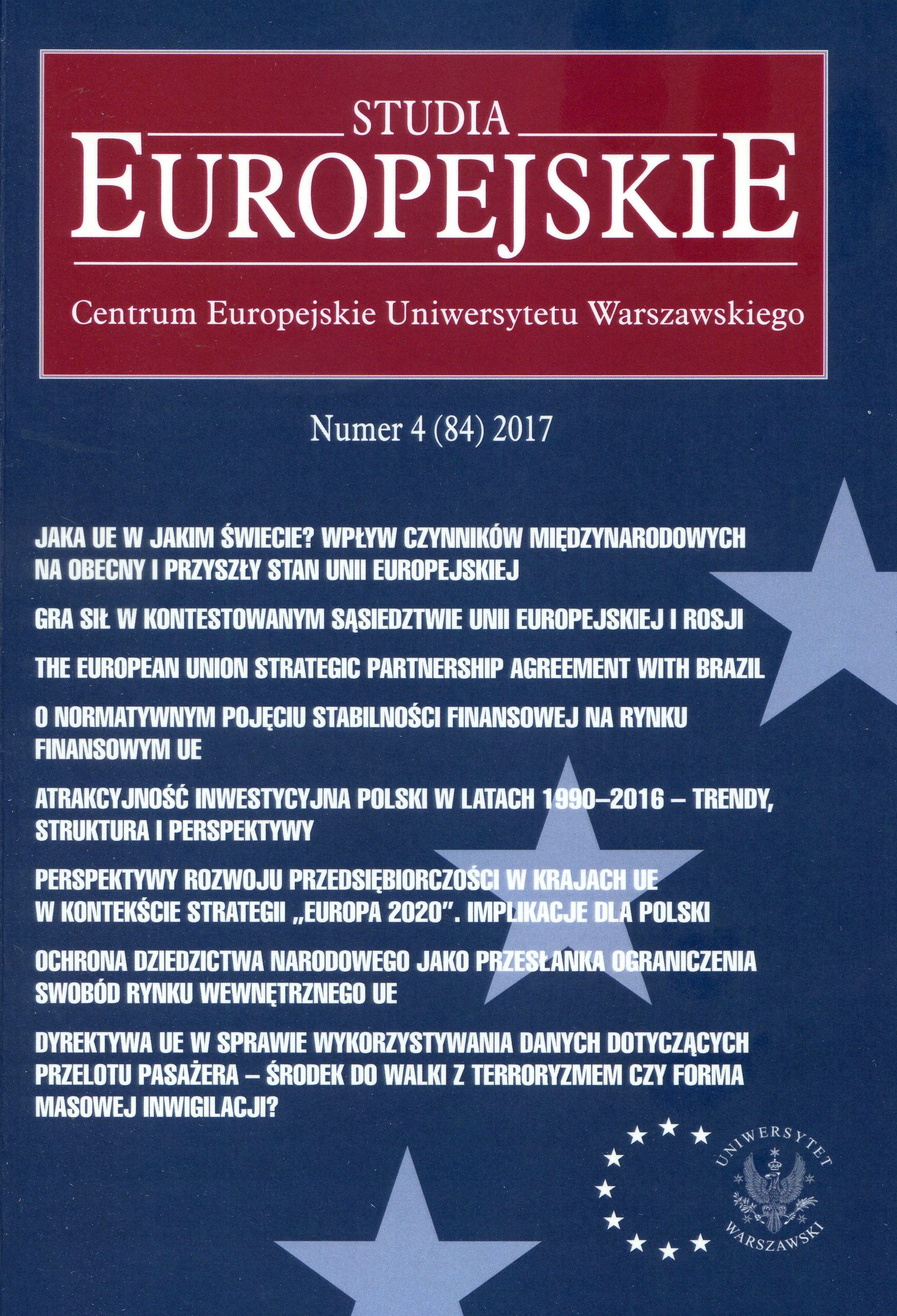 Ten Years of Action in Place and Future Perspectives

Summary/Abstract: The aim of this article is to discuss the historical relations of the European Union (EU) and Brazil and to draw possible scenarios of the future cooperation between both partners. Since the very beginning of the formation of the European Communities (EC), Brazil has been perceived asan important trade partner for the EC. During recent decades, the importance of Brazil as an economic and political leader of Latin America has emerged, and the EU recognized such position through establishment of more formal ties with Brazil. The Strategic Partnership Agreement (SPA) signed in 2007 was the reflection of the increasing importance of Brazil in the international area, and aimed to commence a closer formalized cooperation between both partners. However, due to some internal and external factors, discussed throughout this article, ten years after signing of the SPA, its outcome is much more often criticised, than praised. The article analyses the reasons for inefficiency of this SPA, and demonstrates somepossible scenarios of further economic and political relations between the EU and Brazil. The role of Mercosur, and its long lasting talks with the EU with regard to the inter-regional agreement, has been also reflected in the discussion, and indicated as a significant consideration in the future relations between Brazil and the EU.