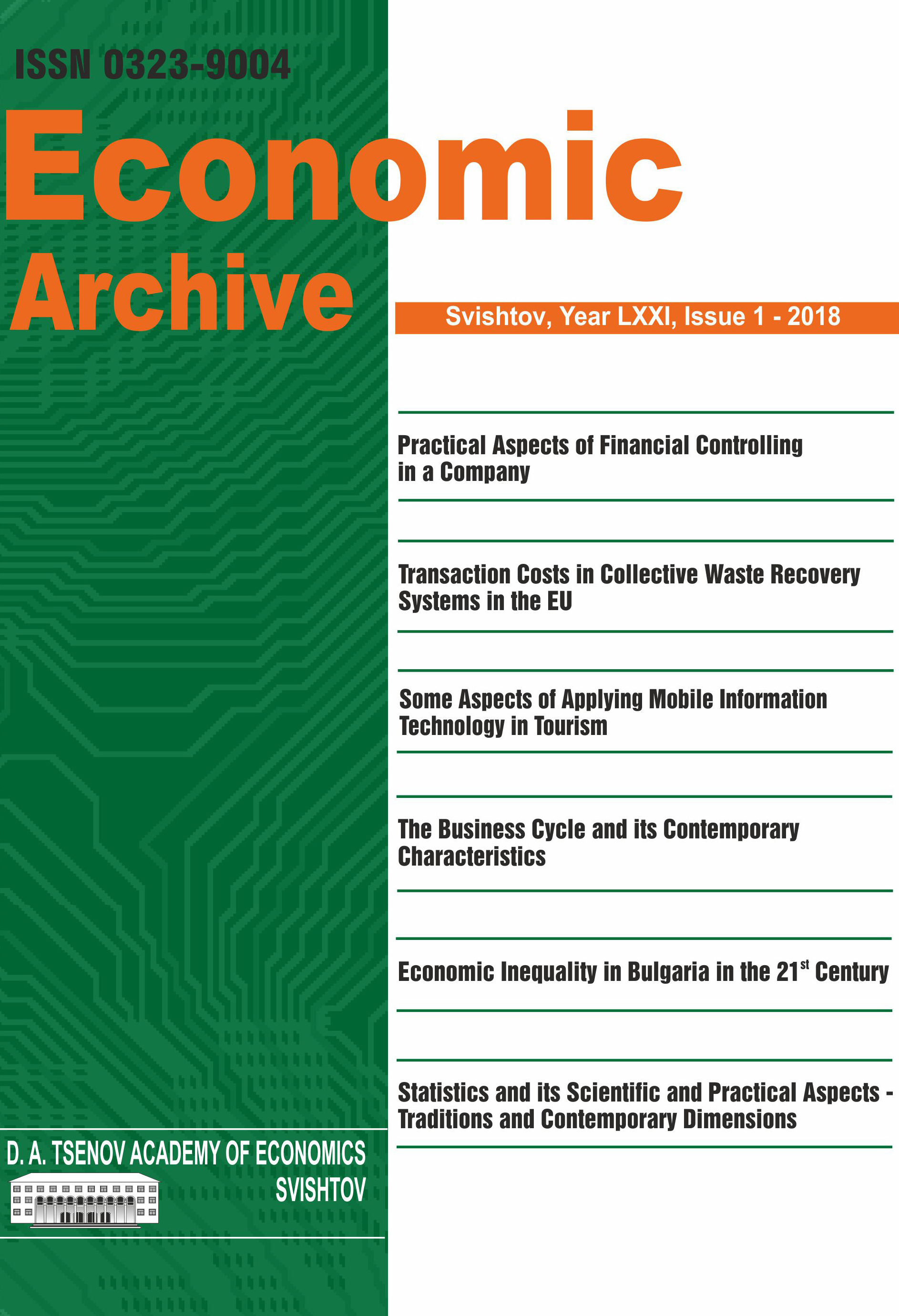 Summary/Abstract: Research of economic inequality underlies the design and implementation of an adequate economic or social policy. This paper presents a survey of income inequality in Bulgaria in the period from 2001 to 2015 by studying the dynamics of the Gini coefficient, the integral coefficient of uneven distribution and decile ratios. We prove that despite the increase registered in the values of these indices in some years, the trend towards decreasing inequality is still weak. We also establish that there was significant income polarisation measured through the S90/10 and the S80/20 decile ratios. We prove that it is necessary to study the relation between the growth rate of the median income received by households in the first six deciles and the income received by households in the last four deciles by employing the growth rates ratio.