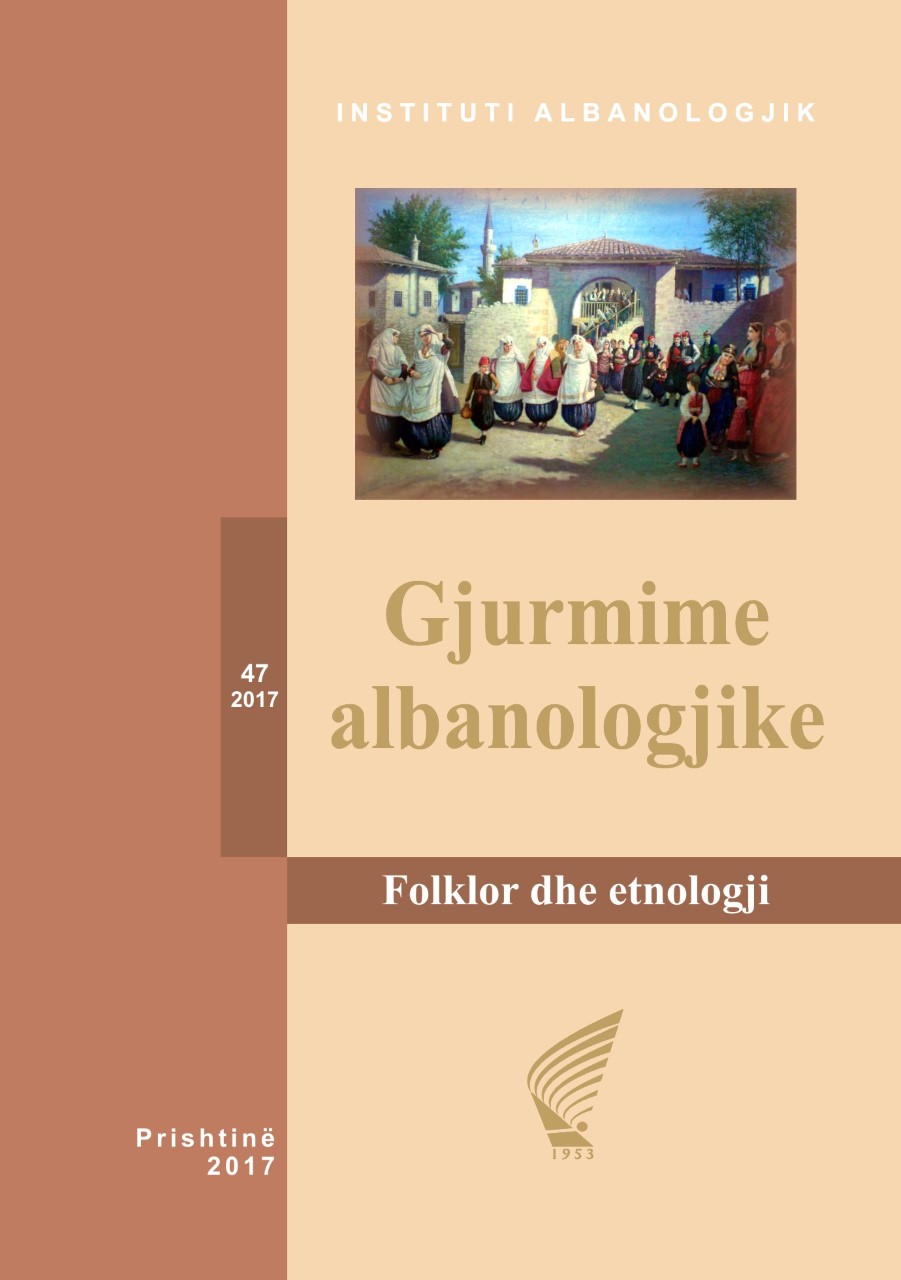 Summary/Abstract: Ethnology and folklore in Albania are considered by their fosterers as rival disciplines rather than disciplines that inevitably complement one another. The effort has been to divide the research “territory" with a fixed boundary that should not be passed by the researchers. Therefore what was the subject of oral literature such as epic and lyric songs, legends, ritual songs, fairytales, riddles, and so on, was considered and continues to be considered as the exclusive domain of folklore, which, on the other hand, should not be confused with the works of rites and rituals, myths and beliefs, or worse in the field of material culture. Through this article, I intend to propose that these barriers should be overcome. Based on the case of traditional urban bargaining in the Balkans, in this article I intend to explore how the songs associated with the bazaars give some kind of breathing to the urban history of the Balkans, as well as they give life to wooden and stone places and spaces of bargains, alleys and yards.