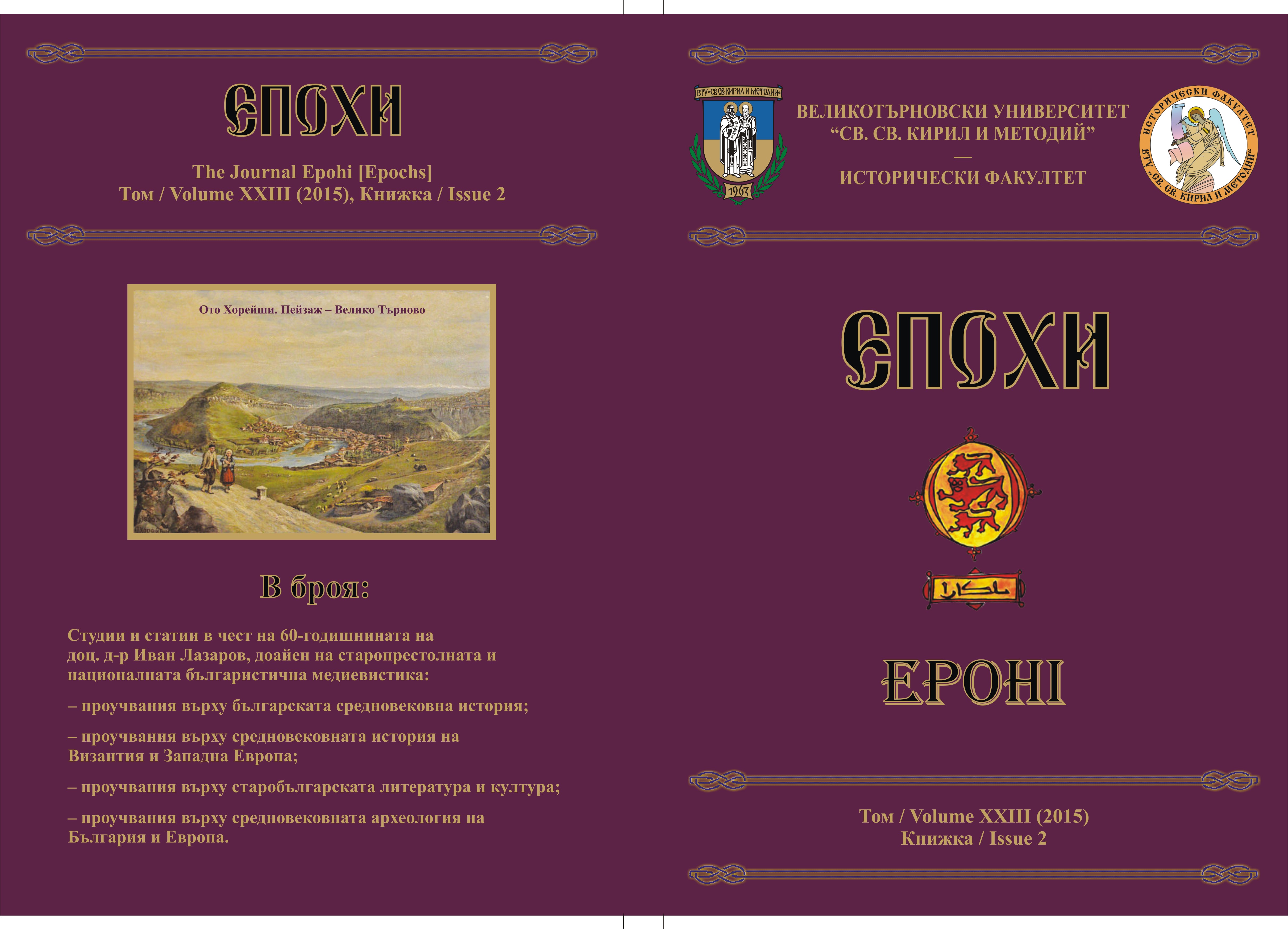 Summary/Abstract: The article deals with main moments of the relations between Bulgaria and Byzantine Empire during the second half of the 8th century. The present paper focuses on the role of the Slavic tribes in the Balkans. Special accent deals on the information in a short Byzantine chronicle about Slavic rebel on Struma region (797). According to author’s view in the last years of 8th century, the Bulgarian state was in deep internal politic crisis. The political influence of the Bulgarian rulers on the Balkans is a very limited. The war between Bulgaria and Byzantium created specific conditions for the Slavic tribes. They re-establish its political and military independence. However, during the first half of 9th century the Slavs lost this position. During this period, the Bulgarian state and the Empire clashed in titanic struggle for the control over the Balkans and the Slavs needed to make choice between the two powers.