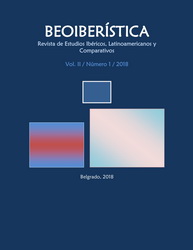 Summary/Abstract: In this article we examine the ideology of linguistic purism among the members of the Ladinokomunita virtual community, which was founded in 2000 with the aim of promoting the use of the Judeo-Spanish language and Sephardic culture. In the research we start from the idea that ideology as an integral part of social identity is something that is constructed and transformed in linguistic interaction through the use of tactics of intersubjectivity (Bucholtz and Hall 2004, 2005) and always in the function of a broader social context. Therefore, taking into account the tendencies of glocalization that operate in contemporary society, in this work we analyze the purist attitudes present in Ladinokomunita from the point of view of the social treatment approach (Garrett et al. 2003) with the aim of showing that the ideology of the linguistic purism of its members is a manifestation of broader social processes, in which attempts are made to reconstruct and revitalize the ethnic identity of the Sephardic community.