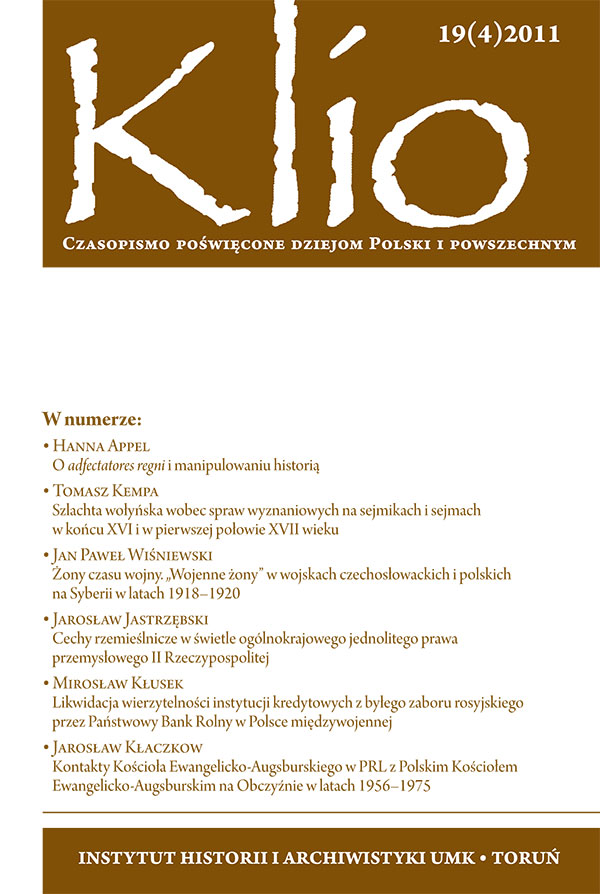 Summary/Abstract: Among hundreds of thousands Polish refugees remaining in Western Europe after the end of World War II, a dozen of thousands were Polish Protestants Lutheran and Calvinist confession. They were recruited from all former Republic of Poland lands. However, residents of Central Poland and Slask Cieszynski predominated. In 1952 Lutherans associated in Polish Protestant-Augsburg Church in Exile. Bishop Wladyslaw Fierla became its superior. In 1939 he had been the rector of Polish Protestant parish in Orlowa, Slask Cieszynski. Legal status of Church was established by Republic of Poland President Andrzej Zaleski’s ordinance from 15th December 1952 “About State’s relation to Polish Protestant-Augsburg Church in Exile”. During Stalin’s period, Church did not maintain any relations with motherly Churches in Poland and Zaolzie. Only 1956 and October’s changes in Poland brought breakthrough. Slaski Protestant-Augsburg Church in Czechoslowacja could not lead independent policy and support Polish diaspora in West Europe. Czech Republic authorities were interested in the fastest assimilation of Poles from Zaolzie, what reflected in policy of the Church. Former Polish Protestant Church from Zaolzie faster and faster assumed binational form.