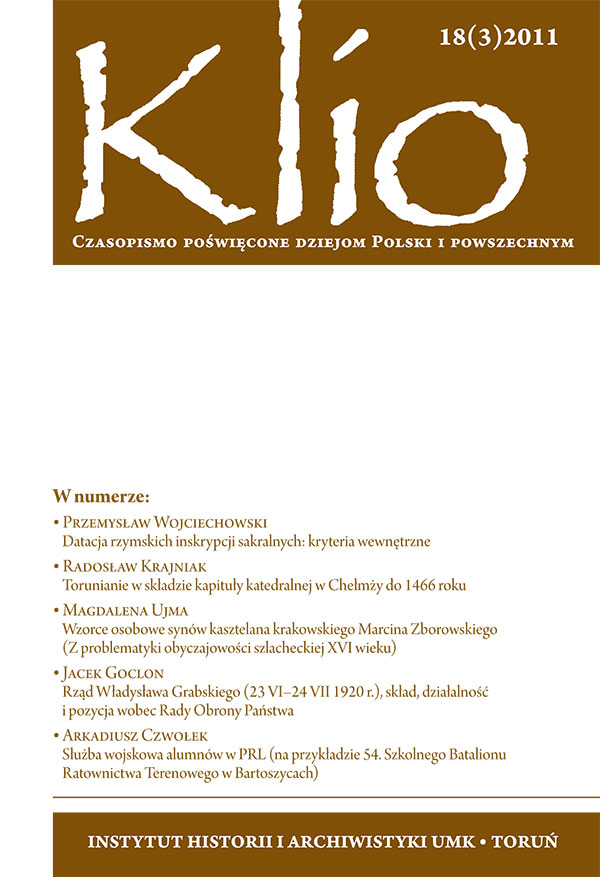 Summary/Abstract: Epigraphy has developed many methods aimed at establishing a more or less precise foundation date of a given inscription. The present article concentrates on the so-called internal criteria of dating connected with the content of engravings. Basing on the collection of sacral inscriptions from ancient Aquileia, I intend to indicate which elements of engravings are significant in directly or indirectly establishing a foundation date (or period) of an inscription. The example of Aquileia suggests that while researching the chronology of religious life in chosen Roman cities one may expect that the share of inscriptions dated in an unqualified way will not exceed several percent within a collection of epigraphic material from a given cult center. In such a case, it is necessary to use inscriptions dated indirectly, basing on clues that can be found in the content and the form of engravings.