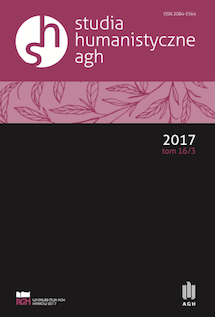 Summary/Abstract: For the past 25 years, the phenomenon of participation has been widely discussed around the world, and one of its forms is participatory budgeting, which gained popularity in the late 1980s and 1990s. Participatory budget- ing became popular in Latin America and has spread globally. Until 2000, only a few European cities benefited from this tool, but the idea has rapidly expanded, and in 2010 there were around 1,500 cities (200 in Europe) where participatory budgeting has been implemented. Its nature is diverse and it performs several functions.Studies focus on case studies, and systematic analysis of the organizational aspect is absent. This pilot study contributes to the procedural aspect of participatory budgeting through the analysis of 28 cases in Wielkopolska Voivodeship conducted in the period 2012–2016. In the study the written rules concerning par- ticipatory budgeting were scrutinized along with the websites of municipalities. Four issues were analyzed: level of financing investment, application procedures, voting procedures, and methods of final selection. The comparative analysis leads to the conclusion that participatory budgeting in Wielkopolska Voivodeship is significantly procedurally differentiated.