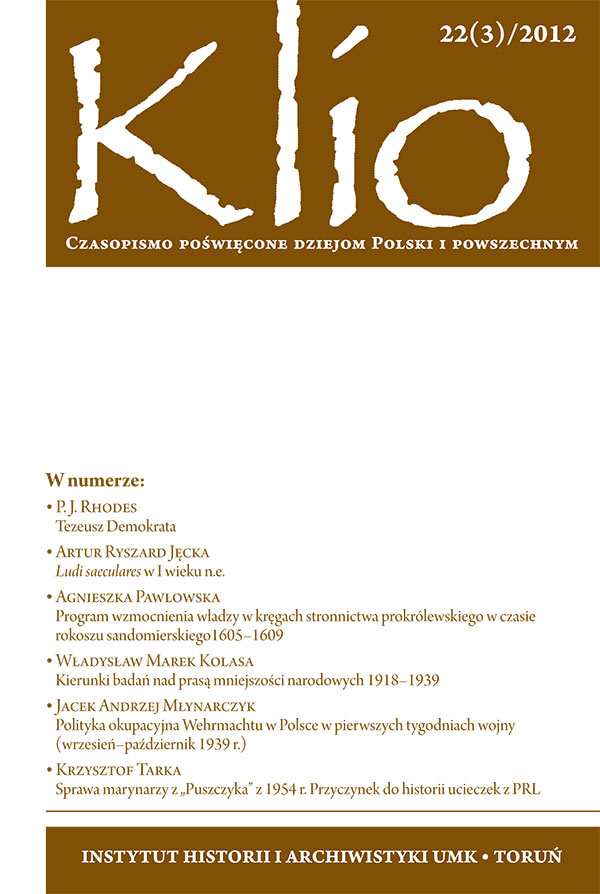 Summary/Abstract: In the late sixth century and the fifth Theseus became a popular Athenian hero. The story of his synoikismos of Attica was already current before Cleisthenes’ new organisation of the Athenians, and was perhaps invoked as a precedent for that new organisation. Theseus as a democratic king in Euripides’ Supplices is unproblematic within the conventions of fift h-century tragedy, but it is remarkable that in the fourth century this came to be accepted as serious history: there are allusions in speeches early in the century, and by the time of the Athenaion Politeia (late 330’s) a detailed account had been worked out, presumably in one of the Atthides. Theseus the democrat may have been invoked in debates on the patrios politeia at the end of the fifth century (though there is no direct evidence that he was); and the particular interest in him in the years around 340 may have been stimulated by Euphranor’s painting in the Stoa of Zeus.