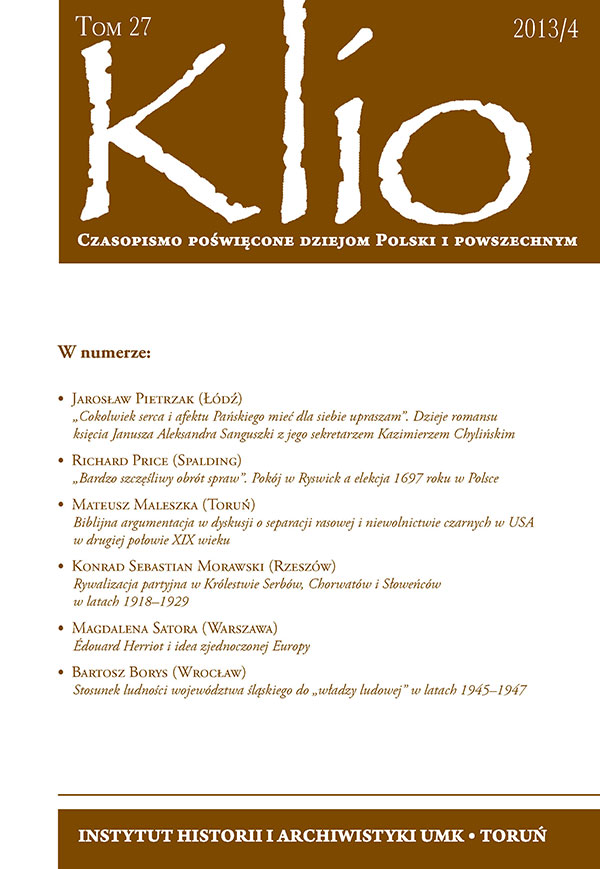 Summary/Abstract: The death of John Sobieski in June 1696, and the process of choosing his successor twelve months later, were reported at length in newsletters in England, and were discussed in detail by English diplomats and politicians. There were numerous elective thrones in seventeenth-century Europe, and vacancies resulted in contests in which the major powers of the continent frequently became involved. The election of a new King of Poland in the summer of 1697 coincided with the peace negotiations at Ryswick which eventually brought to an end the current European war between Louis XIV of France and his opponents. French expectations of victory in the contest at Warsaw diminished their commitment to these negotiations, but a treaty at Ryswick became possible in September once it was clear that the French candidate had failed to establish himself on the Polish throne.