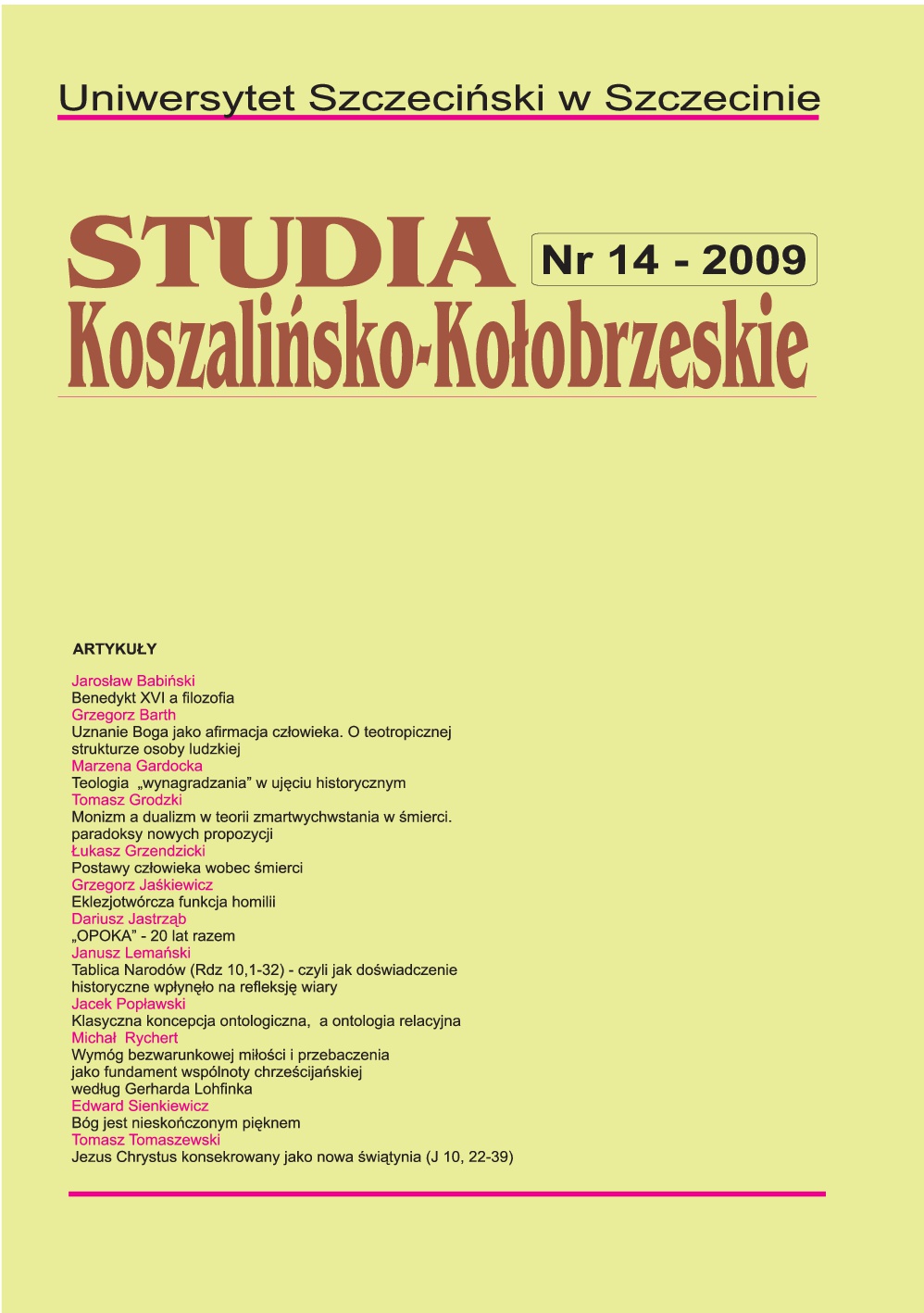 Summary/Abstract: The following text is my personal attempt of summerizing of the accomplishments of Polish psychotanalogy researches, the beginning of which dates back to the 70s of the 20th century, but still do not belong to the most advanced domain and are in need of further development. Having begun his research Joseph Makselon was hoping to arouse the interest in the death matter in wider auditorium as well as to overcome the taboo associated with the issue. As it proves, it did not take place at that time and the matter has been both a keen interest up to nowadays as well as in need of being more penetratingly investigated. Rapid cultural changes of the present world result in the death's gathering a new different meaning from individual and social point of view alike, and there are still some new areas which have not been examined yet. Unfortunately, there is a lack of serious scientific treatise as for now. Tanalogy as a domain of psychological knowledge in Poland has been of interest for philosophers and other authors dealing with the sacrum sphere for years. Death has always been in the centre of attention in religious systems as the moment of truth and the final life sentence for each human being, so it is not surprising that the theological and social reflection take a lot from psychotanalogical study. The core of the issue, as I mentioned previously, is as vague as common and it concerns each of us which, as a matter of fact, makes the death issue unique, distressing and testing. It is necessary, though to undertake it despite the tendencies of its being ignored and denied these days. The meaning and the dread of death makes human beings look for the understanding their lives and takes the trouble to find the answer to the questions like' who are we' or ' where are we heading for'? These questions seem to be one of the most essential for today's individual.