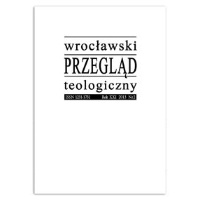 Summary/Abstract: The Middle Ages in Silesia is a time of great dispute between the bishop and the prince, church - political and legal disputes, which liberated the church from the power of the prince. One of these disputes was between Bishop Thomas II (the second) and the Duke Henry IV (the fourth) Probus. In these big disputes were involved not only the main representatives of power, but also a lot of people from modern elites, as ecclesiastical and secular as well. This Article aims to present one of the person, who influenced the course of the dispute - canon and later bishop of Cracow John Muskata. This study is the discovery of an important thread in the history of the medieval church in Silesia. For many years the historians were interested in the person of John Muskata and his ability to be a good negotiator and objective peacemaker. Was he like that in a dispute between Bishop Thomas and Prince Henry of Wrocław? I think so. He showed in practice his art of mediation, ashe repeatedly changed the front and by each of the quarrelled parties he was received with open arms, especially when it appeared a hope for a peaceful compromise. His diplomatic skills appreciated already during his studies in Bologna Bishop Thomas, who admired his ability to win big curial figures for his personal gain. For the Muskata himself the controversy and his presence init, was the cognitive field of contemporary polish reality on the peak of power. These silesian experiences gained at the beginning of his career, the papai service,as collector of Peter’s pence, had a significant impact on his further course of life. This was reflected in his work as Ordinary of Cracow and in conflict with Władysław Łokietek.