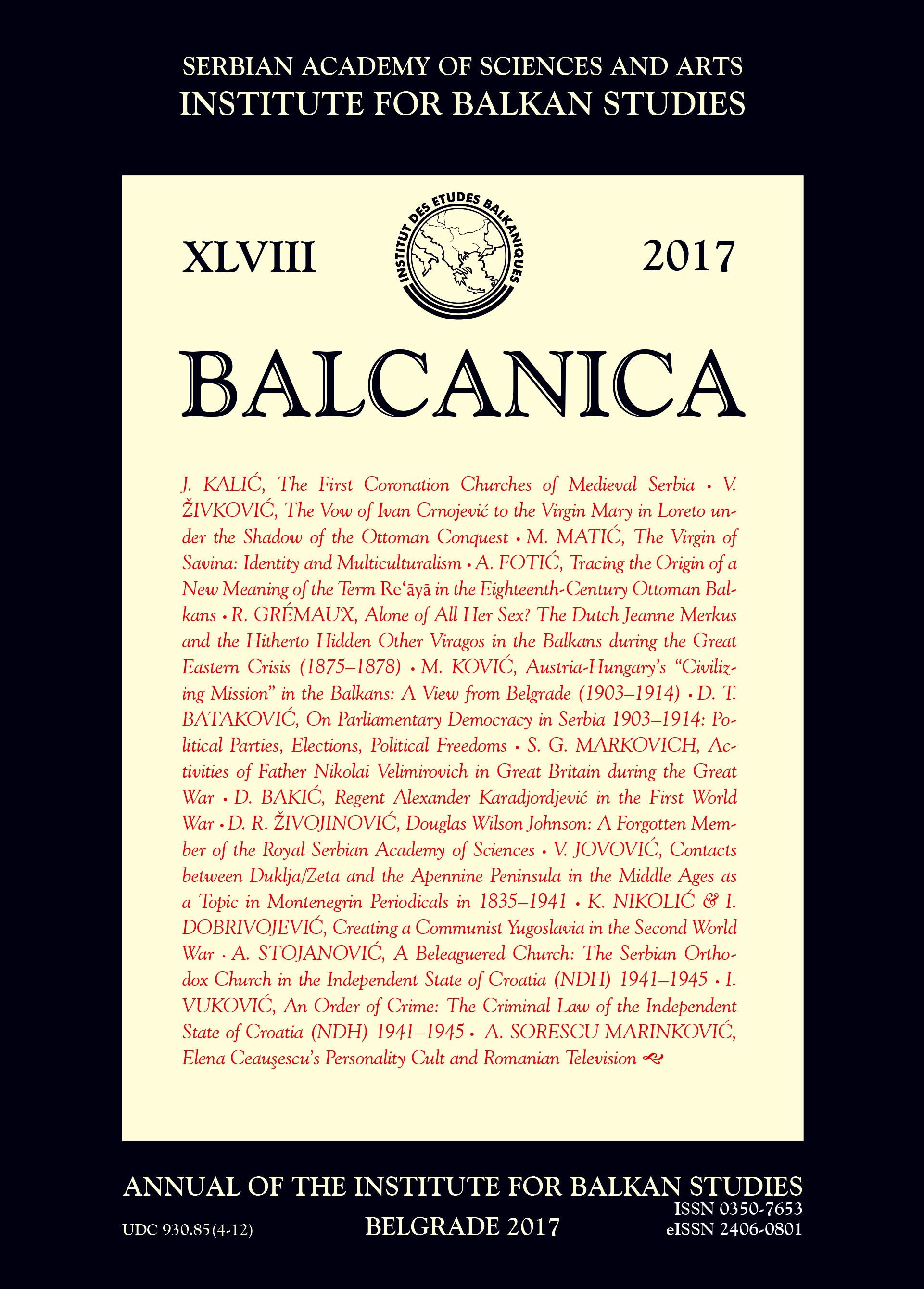 Summary/Abstract: In the Independent State of Croatia (NDH) from its establishment only days after the German attack on Yugoslavia in early April 1941 until its fall in May 1945 a genocide took place. The ultimate goal of the extreme ideology of the Ustasha regime was a new Croatian state cleansed of other ethnic groups, particularly the Serbs, Jews and Roma. The Serbian Orthodox Church (SPC), historically a mainstay of Serbian national identity, culture and tradition, was among its first targets. Most Serbian Orthodox churches and monasteries were demolished, heavily damaged or appropriated by the Roman Catholic Church or the state. More than 170 Serbian priests were killed and tortured by the Ustasha, and even more were exiled to occupied Serbia. The regime led by Ante Pavelić introduced numerous laws and regulations depriving the SPC of not only its property and spiritual jurisdiction but even of its right to existence. When mass killings stirred up a large-scale rebellion, a more political and seemingly non-violent approach was introduced: the Croatian regime unilaterally and non-canonically founded the so-called Croatian Orthodox Church in order to bring the forced assimilation of Serbs to completion. This paper provides an overview of the ordeal of the Serbian Orthodox Church in the NDH, based on the scholarly literature and documentary sources of Serbian, German and Croatian origin. It looks at legislation, propaganda, the killings and torture of Orthodox clergy and the destruction of church property, including medieval holy relics. The scale and viciousness of some atrocities will be looked at based on unused or less known sources, namely the statements of Serbian refugees recorded during the war by the SPC and the Commissariat for Refugees in Serbia, and documents from the Political Archive of the Third Reich Ministry of Foreign Affairs