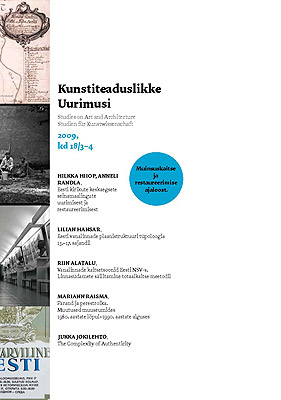 Summary/Abstract: This paper examines a variety of contexts where the notion of authenticity has been applied, illustrating some of the contradictions that result. The paper starts with an examination of the definition of the concept, and the different attitudes to its definition in relation to tangible and intangible cultural heritages. In particular, reference is made to the 2004 Conference in Nara proposing to integrate the two UNESCO conventions of 1972 and 2003, and to adopt the so-called Yamato Declaration. The paper then refers to the 1994 Conference on Authenticity in Nara, which produced the Nara Document on Authenticity, and particularly to the critical paper on authenticity presented by Mme Françoise Choay during the conference, where she claimed, referring to the World Heritage context, that the concept of authenticity cannot really be taken as a ‘universal’. The definition of the work of art by Cesare Brandi and other modern thinkers, such as Walter Benjamin, are mentioned in reference to the restoration theory highlighting some of the consequences of the definition of authenticity. Finally, the paper examines some aspects of authenticity and their identification in relation to different types of heritage.