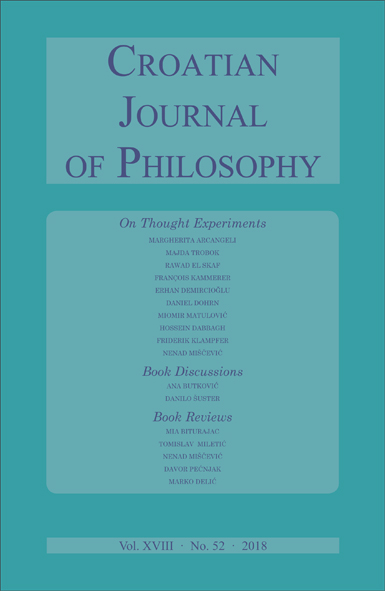 Summary/Abstract: Goldberg 2016 is a collection of papers dedicated to Putnam’s (1981) brain in a vat (‘BIV’) scenario. The collection divides into three parts, though the issues are inter-connected. Putnam uses conceptual tools from philosophy of language in order to establish theses in epistemology and metaphysics. Putnam’s BIV is considered a contemporary version of Descartes' skeptical argument of the Evil Genius, but I argue that deception (the possibility of having massively false belief) is not essential, externalism does all the anti-skeptical work. The largest section in the collection covers Putnam’s model-theoretic argument (MTA) against metaphysical realism (MR) and its connections with the brain in vat argument (BVA). There are two camps—unifiers (there is a deep connection in Putnam’s thoughts on BVA, MTA and MR) and patchwork theorists and I try to provide some support for the second camp. All of the papers in the collection are discussed and the anti-skeptical potential of BVA is critically assessed.