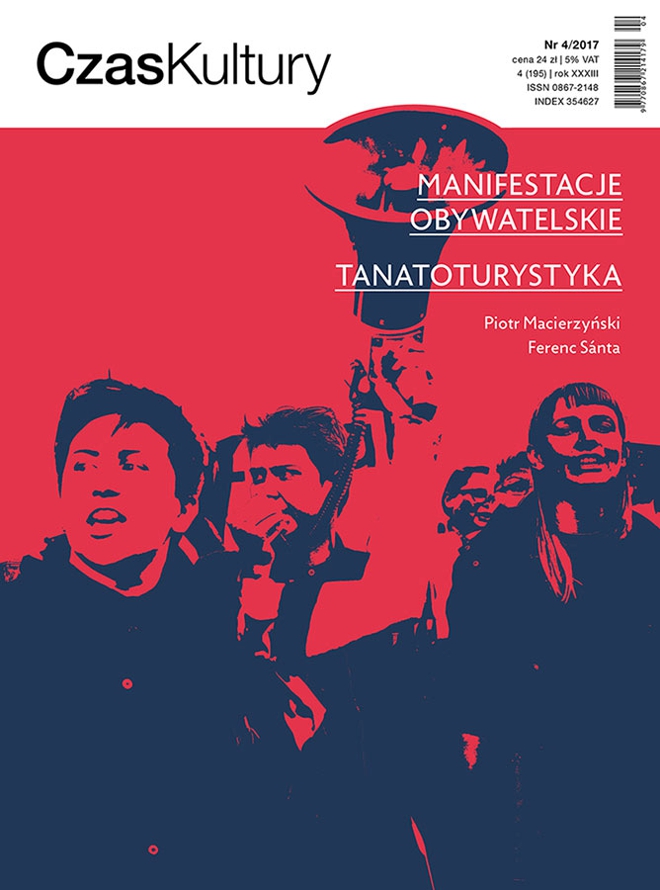 „Niech się bawią"? O związkach radykalności z karnawałem na demonstracjach publicznych kobiet.
“Let them have a good time"? On the relationship between radicalness with carnival at public demonstrations of women.

Summary/Abstract: The paper researches the relationship between radicalness and the carnival form of women's public demonstrations. The proposed multimodal analysis stresses the observation of the carnival dimension of women's protests in Poland in three meanings: as the reverse, strangeness and unfitness. It was conducted based on the example of Women's Strike in Zielona Góra, which is regarded as typical for a multi-location demonstration held on 8 March 2017. Simultaneously, references to other women's protests, that are in some distance in time and space are becoming clearly visible.