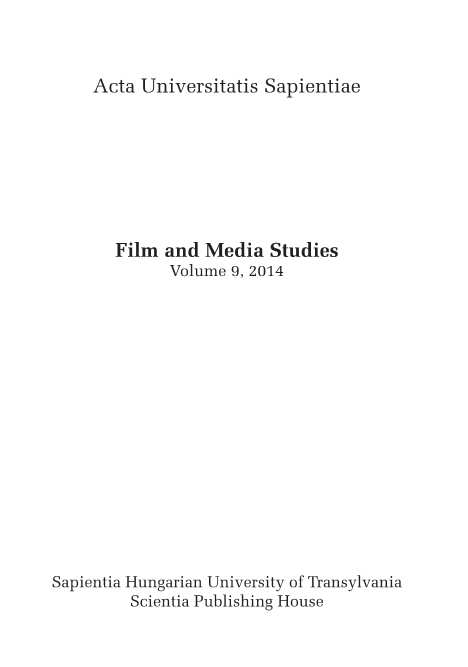 Summary/Abstract: The paper analyses the re-conceptualization of the intermedial trope of the tableau vivant in recent East European cinema through several examples from Hungarian and Russian films directed by György Pálfi, Kornél Mundruczó, Benedek Fliegauf, Béla Tarr, and Andrei Zvyagintsev. The tableau vivant in these films is not conceived primarily as an embodiment of a painting, the introduction of “the real into the image” (as Brigitte Peucker described), instead it appears more like the objectification of bodies as images, and something that we can associate with what Mario Perniola considers the “sex appeal of the inorganic” or “the Egyptian moment in art.” As such, the tableau becomes a powerful agent in generating metanarratives, offering a blueprint for a “big picture,” a comprehensive vision of the world (reinforced by recurring mythological themes like the genesis or the end of the world, the loss of Paradise, etc.). We may connect this feature of these tableaux vivants, therefore, to what Lyotard termed as the “figure of return,” and to the reconstructive tendencies of contemporary post-postmodern art.