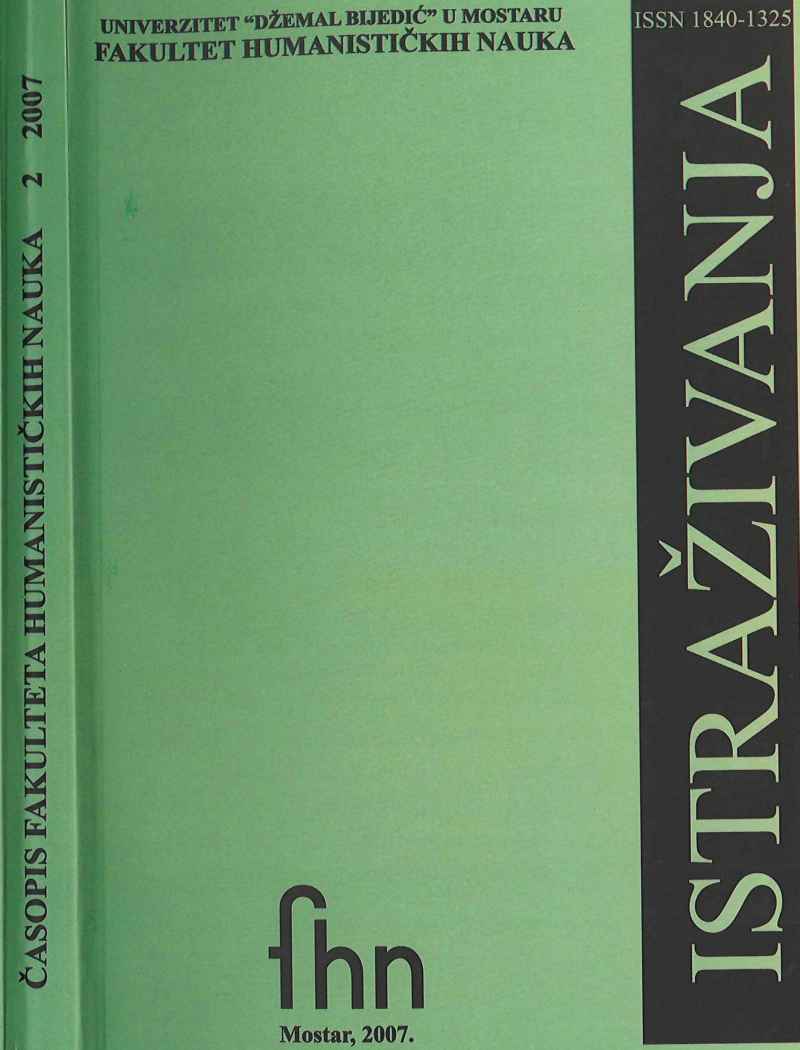 Summary/Abstract: Ćamil Sijarić is one of those narrators whose work, along with ali elements of the modem literary expression, offers a realistic basis of storytelling connected to his home place of Sandžak, historical affairs and Iifestyle of people in that area. Culture which spawned his characters is a patriarchal one, rigid, closely connected to its unyielding unvvritten laws and stiff moral principles. It is a culture where a man is far more appreciated than a woman, where a woman is treated as a being less worthy and subordinated with an imposed liability to respect her husband because he is a man. Pointing to the meaninglessness of history, Sijarić places the plots of his novels in periods of great historical turmoil, wars and migrations where the concept of the traditional family is disturbed. In all his novels, the family is in a state of crisis, there is no absolute order of values, and the characters test sustainability of the norm as they cross the limits. Still, even in such circumstances, the spot of the woman as the weaker link of the house is firmly in place. Most women in the novels appear just briefly, but they establish strong and memorable episodes through themes of marriage, love of flesh, death, shame, slavery, power or folk beliefs.