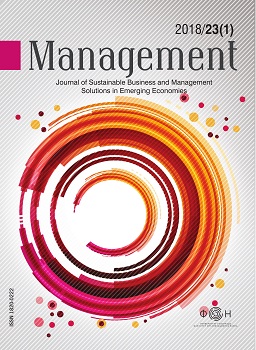 Summary/Abstract: In modern business conditions, the company sends its messages through various instruments of promotion, and therefore the different media. One of the instruments of promotion economic propaganda (advertising), which uses a number of media such as television, radio, newspapers, billboards, Internet and others. . By using various media, the company affects the consumer awareness of the brand, spreads information about themselves and the brand, educates consumers, creates a brand image and the like. The aim of this study is to investigate the influence of different media of advertising on consumer awareness of the brand, as well as to investigate that influence in the context of socio-demographic characteristics of respondents. The methods used in the work are historical and research (field and online) methods and include a total of 690 respondents from Serbia in the period February-April 2017. For data analysis, we used the independent-samples t-test and the Spearman’s rank correlation coefficient. The results showed that television has the strongest impact on brand awareness. The Internet and billboards follow, while the weakest effect is that of newspapers and radio. Results show that in the context of gender, age, education and income of respondents, there are reasons to analyze the impact of television, radio, newspapers, billboards and the Internet to consumer awareness of the brand in a different manner. The contribution of the thesis is also reflected in the fact that, on the basis of the obtained results, the authors give recommendations, when it comes to perception and brand awareness, on the media that are an adequate promotional instrument for a particular segment of consumers.