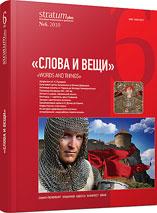 Summary/Abstract: Reprinting of books is one of the ways to protect them from destruction. It is also a method to complete the stocks of the libraries and private collections by rare books. Facsimile is the best way of republication, but it is rather expensive and labour-consuming. The four books under Project “The Peoples of Russia” gives the example of high quality reprinting of scientific writings of late 18th — 19th centuries. These four books are: “A Description of the Peoples Native to the Russian State, their everyday Habits, Customs, Costumes, Dwellings, Practices, Entertainment, Religion and other information” by J. G. Georgi (1776—1799), “La Russie, ou moeurs, usages et costumes des habitants de toutes les provinces de cet empire” by J. B. Breton (illustrated by M.-F. Damame-Demartre and R. Ker Porter, 1813), “The Peoples of Russia, or a Description of the Customs, Habits and Costumes of the diverse Nationalities of the Russian Empire” by Ch. Rechberg (illustrated by Y. Korneyev, 1812—1813) and “Description ethnographique des Peuples de la Russie” by G.Th. Pauli (1862). The project was realized by the publishing house “Knigi WAM” in collaboration with the Museum of the Book of the State Library of Russia (Moscow). The illustrations in these books are a good ethnographical source (first of all about costumes), which were used during two centuries by scholars and artists. Three of these works were reprinted for the first time.