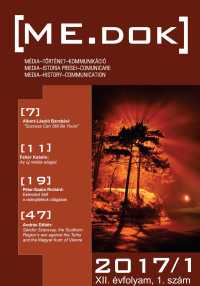 Summary/Abstract: In this article the author presents and analyzes the book published by Péter Sas, entitled: Kós Károly publicisztikája (The Publicistic of Károly Kós) published in 2014 at Mircurea-Ciuc, by Pallas-Akadémia Publishing House. This article sets out Kós journalistic path - which has its basic references to the past of Transylvania, but focuses in a pragmatic way on the present. The thematics of Kós are very wide: in his works he deals with events, analyzes the folk culture of Kalotaszeg (Călata) region, the specific architecture of the region, but also has digressions in the area of literature, etc.