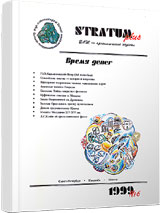 Summary/Abstract: The article is dedicated to publication of two golden Byzantine coins found during excavation in citadel of Middle Age Alushta by the Mining-Crimean expedition of the Institute of Archaeology of the Academy of Science of the Ukraine in 1990-1991 years (Site No. 9). The findings represent a nomisma of Nicephorus II Phocas (963-969) and a hyperpyron of John III, Ducas-Vatatzes (1222-1254). The first coin was found in 1990 when clearing the passage between the chambers 47 and 98, where a part of cultural layer of X century was discovered preserved after the reconstruction held in citadel in XI-XIV centuries. The layer belonging to X century was formed due to a fire and destruction of a tiled house. The tiles were later used for II paving the Longitudinal street. The nomisma is well preserved and had been circulating for a relatively short period of time. Its closeness to the standard weight 4.42 gr., whilst the standard weight of nomisma was 4.55 gr.) allows qualifying it as nomisma-hystamenon, which after Nicephorus Phocas’ reform was different from the lighter coin, tetarteron, by 1/10 of the weight. The finding of a hyperpyron (4.36 gr.) of John III, Ducas-Vatatzes can be considered still more rare, if unique for Crimea. The coin was found in the chamber No. 99 built in XIII century and which severely suffered of a fire. The ash layer and the fire signs were sorted out already at the beginning of XIV century. That is how the hyperpyron, together with the remains of the fire, happened to be under the floor of the XIV-XV century house. The published Aluston coins can be classified as rare ones, because till recently in Crimea and in the North Black Sea region they are represented by unique copies. Their findings provide evidence on the fact that this fortified place was subject to military, political and economic influence of Byzantium in X-XIII centuries. In editors’ view, Nicephorus II Phocas’ solid has its origins in the fire layer of 60-70s of X century, which can be presumably connected with the concluding phase of Byzantine fight with Khazar Khaganate to dominate over Gotia Clymats, whilst John III, Ducas-Vatatzes’ hyperpyron, according to the accompanying archaeological context, from the Aluston’s destruction layer left by the Mongols in spring – summer 1278.