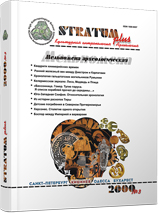 Summary/Abstract: The article analyses main stages in the 200-years long history of Bosphorus State studies. The meaning of the concept of “phenomenon of the Bosphorus Kingdom” is formulated and interpreted. The concept is formed of three basic aspects:1. There were a number (at least 7) apoikias on a rather limited territory on the Bosphorus shores, which is not typical of the rest Pontus’ coast.2. As time passed, these colonies were united in one state, the biggest one in the Northern Black Sea region, and the only one with a monarchic rule.3. These peculiarities allow considering that Bosphorus played the most important role in development of contacts between the Greeks and the Barbarians in Crimea and North-Eastern Black Sea region.A very significant for understanding of the Bosphorus state phenomenon is the moment of adaptation of the Greek settlers to the new environment, both in the landscape and climatic sense and the ethno-cultural one, with all its typical values and standards – spiritual and material. As a result, the Greek culture on the Cimmerian Bosphorus underwent that transformation, which then became one of the most important components, namely the “Bosphorus phenomenon” itself. Besides, the article outlines main stages in the study of the Bosphorus state in the Russian and and Soviet science of History. It describes as minutely as such publication allows each of these stages with its typical scientific concepts and opinions, which from time to time would suffer rather radical changes.