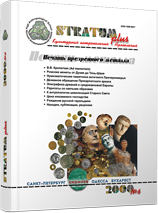 Summary/Abstract: The control of the Ottoman Empire over Moldavia in XVI-XVII centuries was especially marked in limited political independence and growing economic dependence of the country. However, the opinion that the tribute («kharaj») was constantly increasing is wrong. Converting the payments into the market cost of cattle showed that kharaj reached its peak in the 80s of XVI c., while in XVII-mid. XVIII c. the size of the tribute stabilized at a rather low level. In legal terms, a tendency to enhance foreign control was marked in sultan’s administration aiming to interpret kharaj as «jizia» – a tax collected from non-Muslim countries deprived of their state sovereignty by the Ottomans. In economic terms, it was peshkesh and rushwet which received the largest spread as official and nonofficial donations mainly to enrich direct incomes of the Empire’s top rulers. By the end of XVI c. they had amounted the size of several tributes and had become one of the heaviest forms of dependence along with the forced supplies of agricultural products, construction materials, free labour force, etc. In the late XVII-XVIII cc. Moldavia, as well as Wallachia, used to give over a half of their GDP in favor of the Ottoman Empire, a fact which has no precedents in the European history. Catastrophic taxation caused bad economic crisis and conservation of feudal relations. It all led to the country’s lagging far behind many other European nations. This was the price paid for Ottoman control during many centuries.