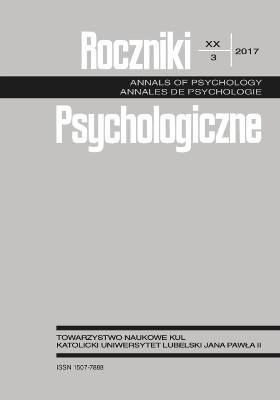 Summary/Abstract: The local elections that were held in November 2014 stirred up considerable controversy in Po-land. The article is an attempt to describe how Poles evaluated the overall functioning of democ-racy in the context of these elections and what determinants significantly contributed to that evaluation. We examined three levels of democracy evaluation: general beliefs (Jost’s system justification), the current state of democracy (Dahl’s democratic institutions), and specific events connected with the functioning of the democratic system (the quality of the elections and the level of trust in the elected representatives). We also tested the extent to which these levels of democracy evaluation were explained by sociopolitical determinants, such as the general level of trust in people, patriotism and nationalism, or the experience of security. The study was conducted shortly after the second round of the election on a sample of 524 subjects. The obtained results show a low quality of democracy (particularly on the level of general beliefs and trust in the newly elected authorities) and reveal associations between aspects of evaluation and the investigated determinants.