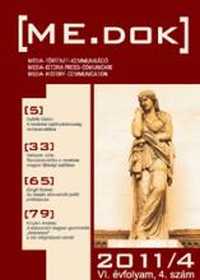 Summary/Abstract: The author analyzes the children’s and adolescents’ columns of three German news papers from Romania, the Karpatenrundschau, Neue Banater, and Zeitung Neuer Weg between the years1989 and 1990, trying to establish whether there were any signifi cant changes in these pages after the regime change, or whether the writings in this period mirrored to any extent, in content or form,the social changes perceivable in those times. It can be stated that historical transformations were perceivable in these pages just as well as in articles written for adults.