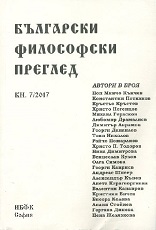 Summary/Abstract: Marx’s idea of the leading role of socio-economic relations as regards the forms of consciousness turns morality similarly to ideology into a kind of fake consciousness, an illusion. That consciousness affirms power positions, claims for universality but actually it conceals class and economic interests. In a nutshell the norms of morality legalize the economic status quo and in the long run the value basis which supports the ethical tenets is reduced to an economic value.The moral discourse chosen by Marx forced him to use only the economic modifications of the category of evil. That resulted in the impoverishment of his moral language, which became alienated within the system of economics while Marx’s moral discourse undertook the unachievable task of exposing evil within a system of categories in which even good was evil reversed.