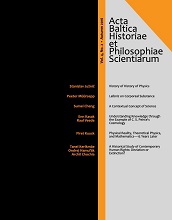 Summary/Abstract: The contextual concept of science regards a scientific theory as a whole simulation for the mechanism of natural world under the given context. It argues that a scientific theory is to understand the reality only in the sense of intentionality in the process of reality simulation, rather than to describe reality in the sense of one-to-one correspondence. This concept of understanding reality is totally different from that of describing reality.Compared with the realist approaches and the anti-realist approach, the contextual approach has the following advantages: (1) it contributes to bridge the communication between the preachers of scientism and the humanists;(2) it has helped to solve the problem of underdetermination faced by scientific realism; (3) it is relatively easy to understand the correction about the concept and theory; (4) it could reflect the true process of science more properly. Therefore, it is a more promising and convincing new perspective to understand science.