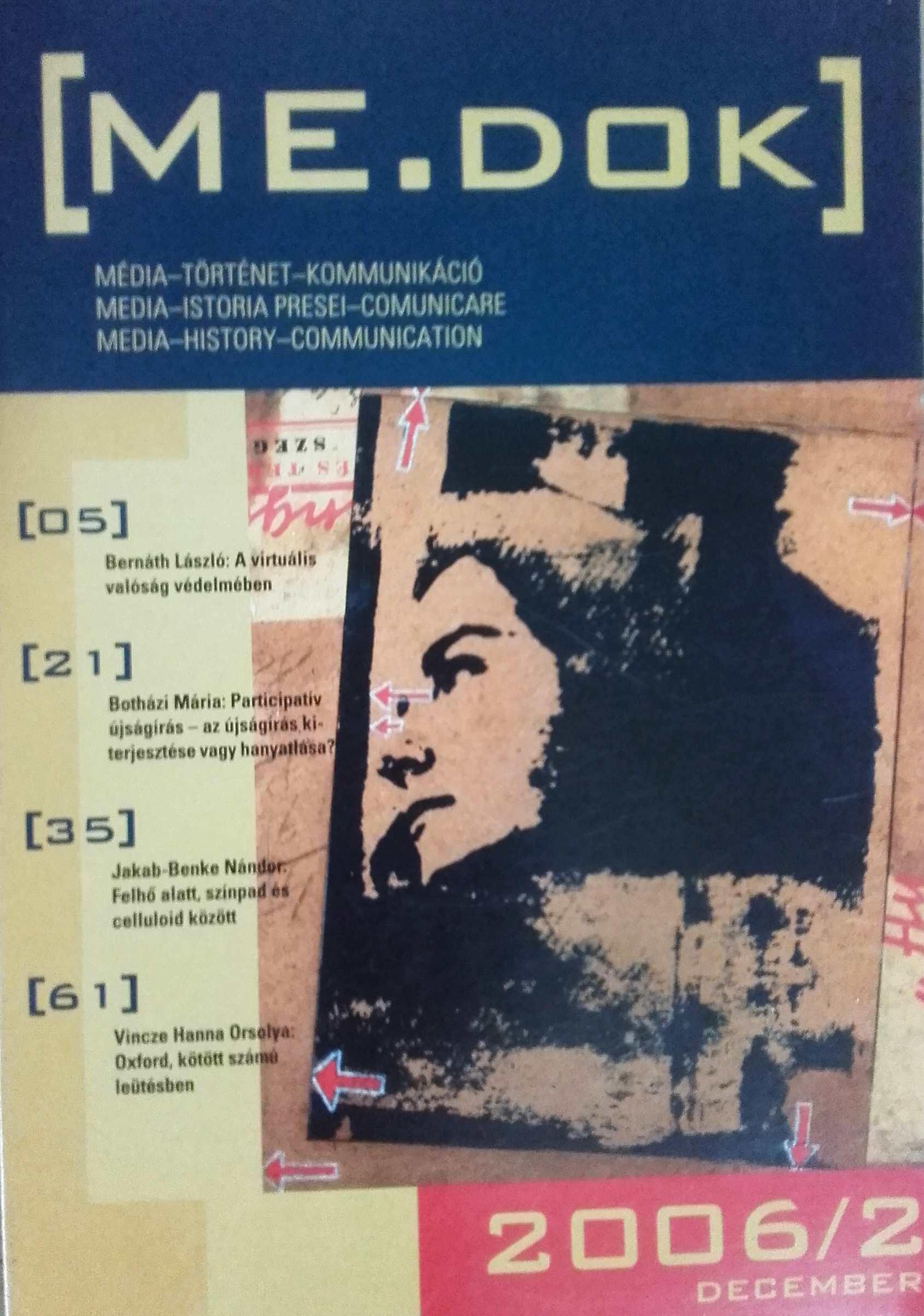 Summary/Abstract: The article dissects David Lynch`s creations, which are situated on the border between popular and artistic movie. His movies are known all around the world, causing indignation and enthusiasm at the same time. The keyword of the analysis is the notion of dream, which appears in various forms in David Lynch`s movies: characters narrate their dreams/nightmares,or experience a dream during the action of the movie. Due to the visual language and fragmented structure, the movies are similar to dreams, as well.