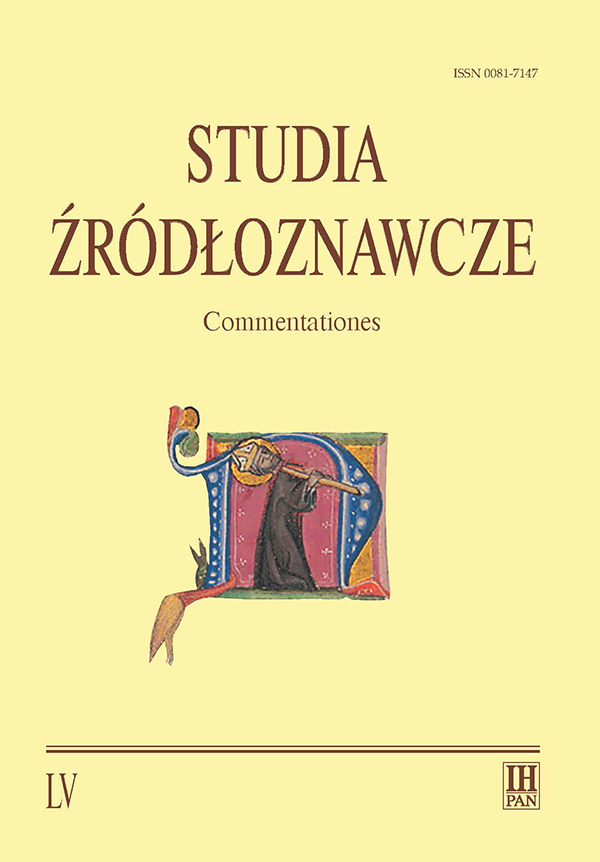 Summary/Abstract: The narration of the Master Vincentius dedicated to Alexander of Malonne (Chronica Polonorum, bk. III, chaps. 8–9), the bishop of Płock (1129–1156) is undoubtedly the most intriguing evidence addressing the commitment of the Polish medieval bishop in military action. Although such information goes well with other evidence indicating the aristocratic style of this bishop’s ministry resembling those of “courtier” Reichsbischof, Michał Tomaszek has already pointed out that motives as well as the entire construction of Vincentius’s story are the evidence of the chronicler’s reference to some early medieval literary patterns. This analysis makes it even clearer, highlighting however, that the chronicler while creating the portrait of Alexander of Malonne entered the more contemporary discourse on the admissibility limits of bishop’s military activity.The analysis shows that the starting point for the chronicler’s writing were the views of Bernard of Clairvaux stigmatizing all the possibilities of combining the attitudes appropriate for a warrior and a cleric. Vincentius, however, beneﬁted from the “loophole” left by Clairvaux abbot and some canonists, which granted the permission to combine these two responsibilities with the restriction that actions taken by bishop would not cause the destruction of his spiritual perfection or pastoral function, and hence they would not change him into a chimera-monster. Being inﬂuenced by the idea of bishop as a persona mixta or gemina persona, the theory assuming the possibility of using two kinds of weapon (two swords) by the Church or even some views of St Bernard stated in his Liber ad Milites Templi de laude novae militiae, Vincentius advocated clearly for the possibility of getting the diocesan involved in the military sphere. The applied strategy aiming at the legitimization of Alexander’s actions, reveals Vincentius’s broad knowledge of arguments defending military prerogatives attributed to episcopacy, and says a lot about the chronicler itself, who did not have to be so ardent supporter of the Church reform as it is quite commonly believed.