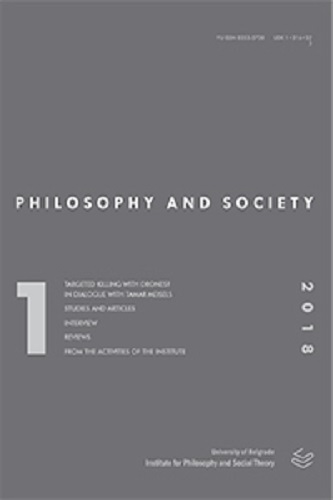 Summary/Abstract: The article deals with Heidegger’s early conceptions of existential concern, in which he gradually arrives at the conception of concern as the factuality of the realization of one’s own existence or one’s own possibilities of being. In the process, it becomes apparent to what extent Heidegger at this point of the abstract postulates of concern as the “concern for certainty” (Descartes), the “concern for the recognized knowledge”, but also of the abstractnessof phenomenological approaches such as himself used formal display delimits. Of central importance is the emphasis on his insight into the fact that such views of concern, interspersed in particular with the mathematical understanding of certainty, obscure the original approach to the question of being. Heidegger describes the supremacy of the theoretical and the idea of absolute validity and evidence as the “omission” to pose the question of being.