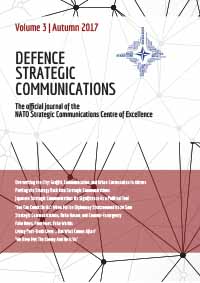 Summary/Abstract: How did North African states depict their nomadic minorities to the US during the War on Terror in the 2000s? How did this shape American policy in the region?Focusing on Malian-American diplomacy and drawing on post-structuralist analytics of identity-formation, this paper first examines how Malian diplomacy represented nomadic minorities in communication with US diplomatic and military envoys during the period 2002–2010. It is found that Mali consistently branded Saharan nomads as lawless subjects that make territory ungovernable, compromise security, and facilitate terrorism. Second, this paper deploys intertextual analysis to measure the success of these strategic communications efforts. It is found that, despite the advice of some American diplomats on the ground, by the end of 2008 Mali’s depiction of Saharan nomadism had been absorbed into US diplomacy. This subsumed Northern Malian subjects into the categories of the War on Terror, which privileged military control of subjects and territory over development and reconciliation efforts. This policy shift granted Mali inﬂuence over US policy and diplomatic support to ignore nomadic grievances. Analysis reveals the key role of identity-making and name-calling in Mali-US relations and in diplomatic communication more broadly, showcasing the potential of textual analysis methods to evaluate strategic communications outcomes.