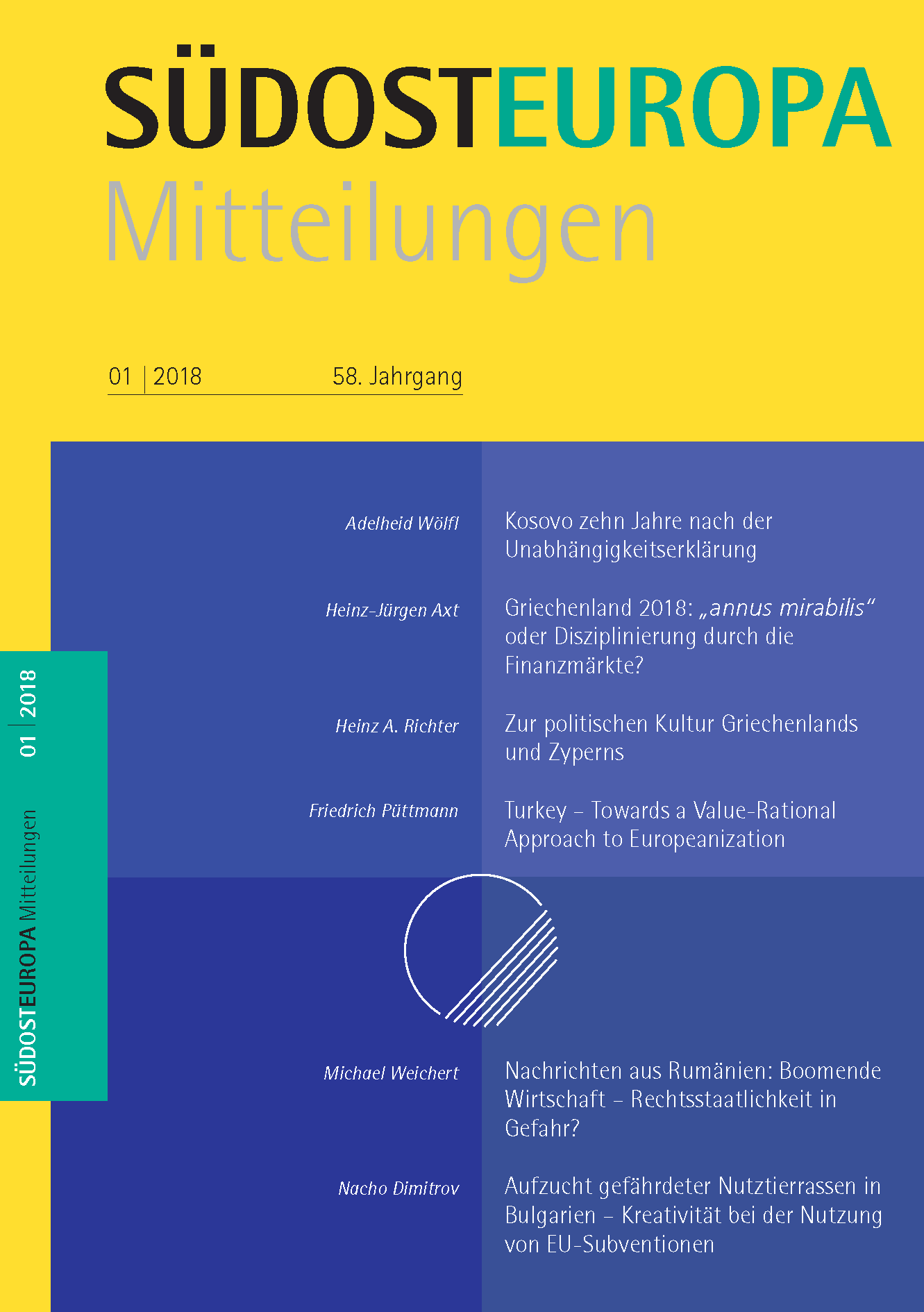 Summary/Abstract: In the 19th century, Greece and Cyprus like many other Balkan states belonged to the Ottoman Empire. Greece became independent in 1830 and Cyprus a British colony in 1878. Both states inherited the Ottoman clientelist system; Cyprus got rid of it during the 70 years of Britishrule. Its political culture today resembles all aspects of the political culture of Western European states; the clientelism prevailing in Cyprus is almost the same as in Western European societies.Whereas Greece refined and deepened clientelism to a degree which goes far beyond the clientelism found in other states, until its entry into the EEC Greece lived on the basis offinancial assistance it received from its protecting powers. Since its independence in 1832,Greece has never had a balanced budget. The amount of money which it received was limited. But with the entry into the EEC in 1981, the brakes were released. From then on Greece entirelylived on credit thus ruining the country in an unprecedented degree.