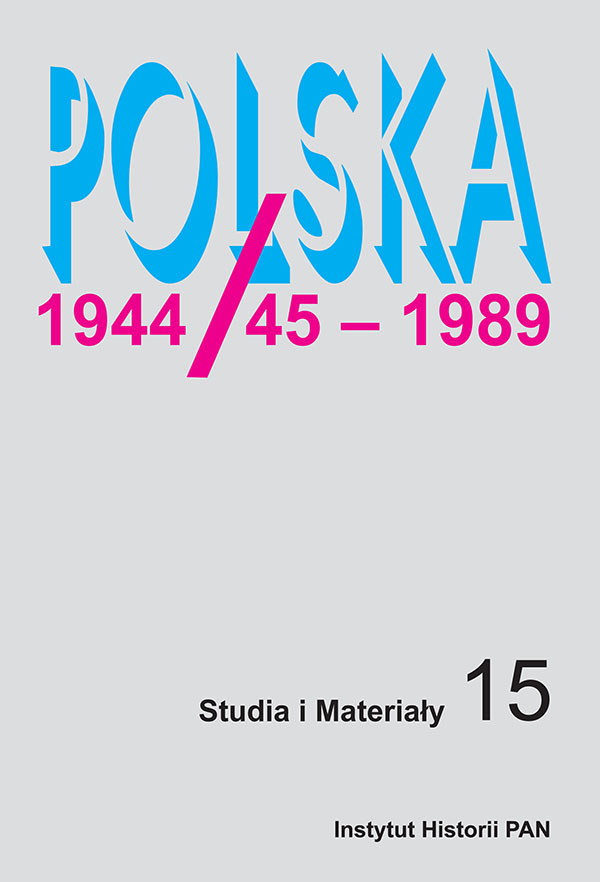 Summary/Abstract: The purpose of the article is to analyse the discourse formulated by the communist party in postwar Poland (1944–1989) on the category of “woman”. The author attempts to answer the question about what was understood by this category, what traits were attributed to women, in what way their social roles were perceived and what roles were postulated for them. Women in the understanding of the party and its activists made a separate group with its own identity. The way in which this category of “women” was constructed was based on the party’s ideology, but also on quite traditional concepts of gender, which resulted in certain contradictions: on the one hand the fight against stereotypes of women and their roles was proclaimed, while on the other some of them were shaped and strengthened. This was to serve political purposes: to mobilise women to “build socialism” in areas seen as “feminine” (for instance health and social care, household management, etc.). Conclusions drawn from the analysis lead us to a different thesis than the one formulated by Eva Fodor for Hungary; she claims that the “female subject/communist personality” was subordinate to that of male. In Poland the discourse of the communist party sought to incorporate values and roles it saw as female into the construction of a socialist society, without suggesting the inferiority of women.