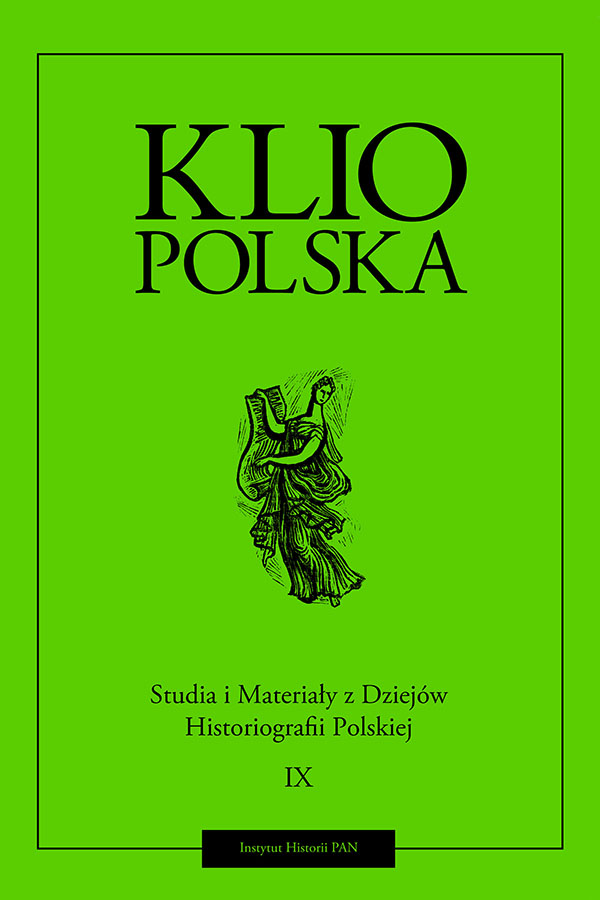 Dzieje zatrzymane. Wstęp do analizy wizji historii Polski po 1944 roku w podręcznikach ekonomii politycznej socjalizmu od lat 50. do 80. XX wieku na przykładzie problematyki bodźców
History in Abeyance. An introduction to the analysis of the vision of Polish history after 1944 in textbooks of the political economy of socialism published from the 1950s to the 1980s

Summary/Abstract: The author of this article starts from the assumption that the vision of reality to be found in textbooks of the political economy of socialism should be treated as part of the official discourse of the Polish People’s Republic. In the analysis of a number of selected textbooks, he focuses mainly of the “stimuli” issues. After deconstructing the relevant texts, he proceeds to search for all kinds of regularities, politically correct statements and ways of masking purely ideological beliefs. His focus is also on the criticisms repeated in different works by different authors.The article offers the analysis of the history of ways of speaking about historiography’s social function. This approach is inspired by Foucault’s view of how historical interpretations are shaped. The author also touches on the issue of the knowledge/power relation, following ‘French Theory’ in his understanding of it. The way in which politics and education coexisted in Communist Poland offers a clear-cut example of the interrelation between power and knowledge. The educational materials intended for Polish students and Polish intelligentsia distorted the picture of both the past and present.The author shows that ‘Foucauldian practices’ adhered to in the political economy of socialism involved the use of a set of incentives designed not only to motivate employees of different level to work better but also to shape their political and moral and historical views.