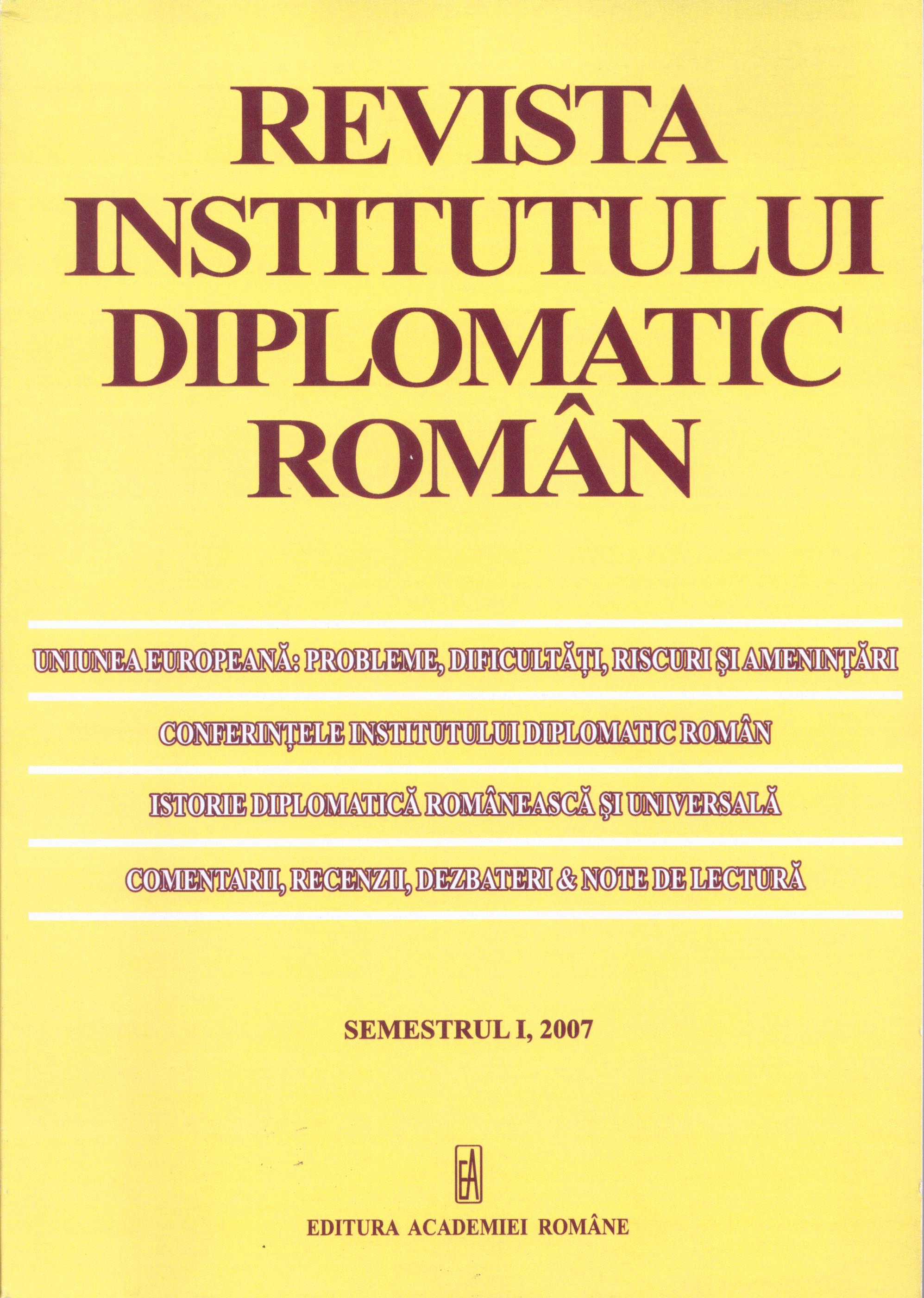 Summary/Abstract: In the first decades of the XIX century, Algeria was a province of the Ottoman Empire. During that time, the ottoman influence and power was weak politically, economically and militarily. France and Great Britain were in a stronger concurrence in the Mediterranean area, for influence and domination. Algeria became one of the French target, during a time when Greece became independent (1829), with a powerful support of the British Empire. The XIX century is the century of the colonial competition and the subject of my article treat the invasion of Algeria by the French military forces, starting in appearance from a diplomatic incident. In the period defined by the Vienna Congress (1815) and the revolution of 1830, France was looking for something that could restore the prestige of the monarchy, the regime that came just after the downfall of Napoleon Bonaparte. I have also to say that even the emperor Bonaparte made, in 1808, a plan to conquer Algeria, indicating the Sidi Ferruch bay a perfect place to start the invasion. In 1827, during a meeting between the dey of Alger (seen by the Ottoman administration as a local governor, but practically invested with an entire power in the province) and the French consul in Algiers, something happened. The subject of the audience was a certain unpaid debt of France, payment overdue by some thirty years. The consul had a certain attitude in response, so the dey flicks him with his fly whisk. It was the beginning of the crisis, a very serious diplomatic incident, which will end in the invasion of Algeria. Certain, that scene between the two officials was not the only reason of the invasion. It was just a pretext for the French king (Charles X), taking this as an insult to French national pride, in order to start the naval blockade of Algiers (1827) and the preparation of a military invasion. The French monarchy (Charles X Bourbon) wanted to reverse the domestic unpopularity. Despite the success of the landing of the French army in Sidi Ferruch bay (1830) and the conquest of Algiers, Charles X was deposed and his cousin Louis-Philippe (Orleans) was named to preside over a constitutional monarchy. The conquest continued, by the reason of the national prestige. It was more difficult to retire from Algeria (to quit the territory) that to continue the invasion. Also, the French monarchy believed that the retreat could be interpreted as a sign of weakness of France. The war (1830-1847) was a confrontation between the powerful emir of Mascara Abd-el-Khader and the general Bugeaud (general governor of Algeria). In 1847, the emir was obliged to surrender to General Louis de Lamoriciere, commander of Oran Province. Abd-el Khader is recognized as the first hero of Algerian independence. Today, the national flag of Algeria is the green and white standard of the army of the emir. The defeat of Abd-el-Khader marked the end of the organized resistance, but, despite the French colonization (settler population, the colons), the distance remained between the two populations (the rulers and the ruled). The history of the relations between France and Algeria will be dominated in the years to come by periods of confrontation and peace, by a relative absence of dialogue between the colons and the mass population.