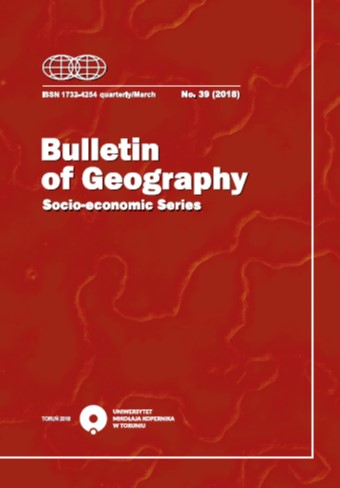 Summary/Abstract: The aim of this paper is to investigate those buildings left over from Warsaw's socialist past as a part of the city's brand visual identity including their perception by foreign tourists and local citizens. Although Lisiak (2009) examined the destruction, removal and presence of these remnants from the socialist past in Central European cities, a comparative study of the perception of these architectural sites erected in Warsaw during socialist times has not been carried out specifically so far. To fill the gap, the authors concentrated research efforts on the following buildings: Palace of Culture and Science; the SMYK Store at Bracka 15/19; Ministry of Agriculture and Rural Development at Wspólna 30; Office Building and Atrium at Wspólna 62; and the former headquarters of the Polish Communist Party at Nowy Świat 6/12. These buildings were built after the Second World War between the late 1940s and the first half of the 1950s. With the exception of the Palace of Culture and Science - which is one of the most notable symbols of Warsaw - these architectural sites are not on a priority list of the average tourist who does little or no planning for their trip. Nevertheless, these buildings are connected to the Polish People's Republic era and might attract different groups interested in this historical period and architecture. Apart from being potential tourist attractions, these buildings are being re-evaluated and restored to become integrated into the urban environment and more 'comfortable' for the local inhabitants. This paper gives some insights into the recognition and attractiveness of these architectural sites from the socialist past by those from Russia and the USA who have visited Warsaw as well as by Poles who know this city well. It is recommended that these results be taken into consideration by tourist agencies who deal with tours in Warsaw as well as institutions responsible for the city's image. The authors express the hope that this paper might be of interest for officials with public relations duties related to these architectural sites.