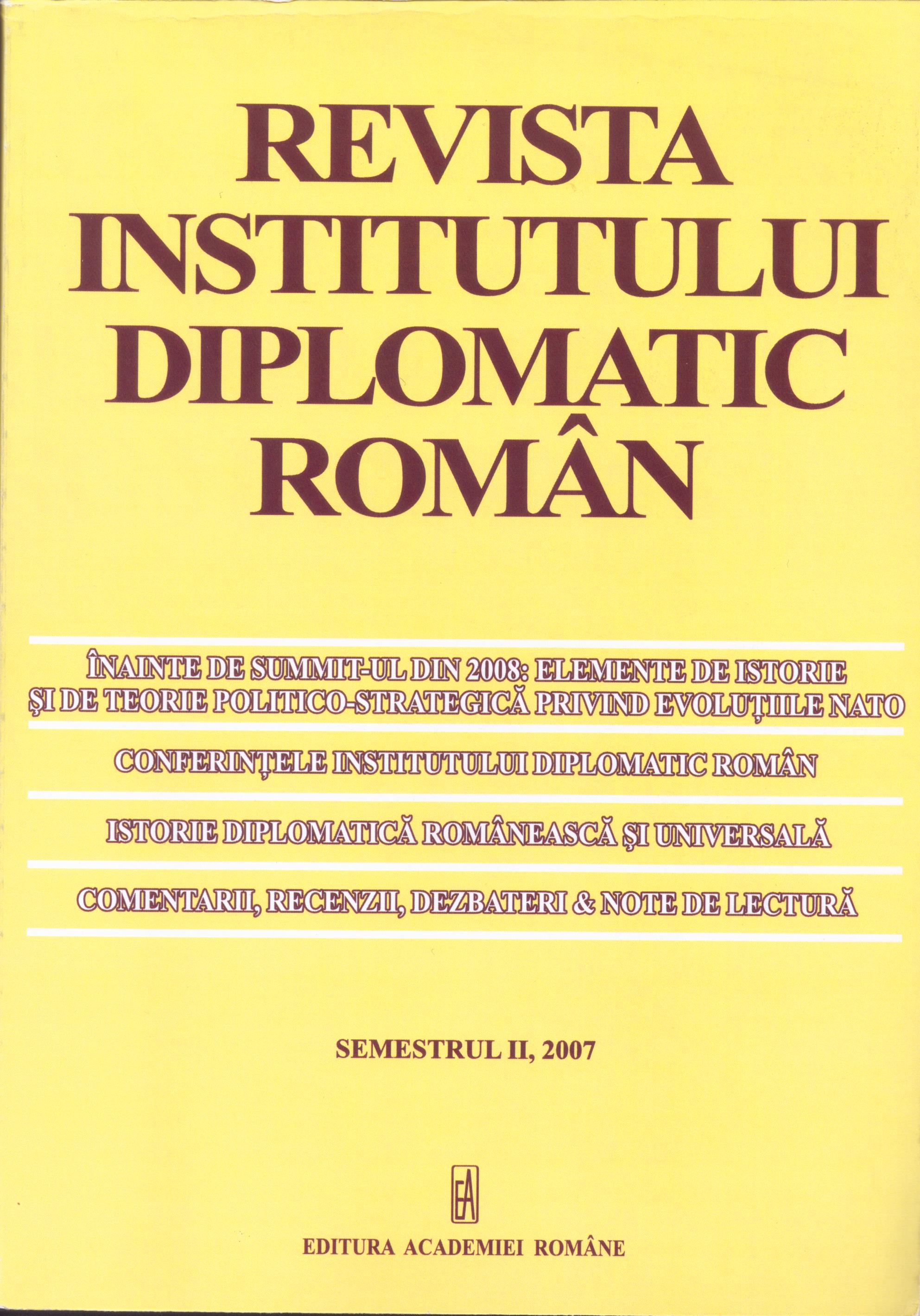 Summary/Abstract: This is an attempt to research some aspects of the “dedicated” monasteries issue in light of Greek diplomatic documents. A “dedicated” monastery was a place under protection of the Eastern religious communities (the Patriarch of Constantinople, Jerusalem, Antioch and Alexandria and communities of Athos and Sinai). Until 1859 the Greek monks successfully had been defied the authority of the state. But from the emergence of nation- state, the issue of Eastern monasteries became a national problem who could be solve only by the nationalisation of ecclesiastical estates. In order to avoid the settlement by Great Powers Cuza proposed a financial offer to Greek monks but both the Patriarch of Constantinople and the delegates of other religious communities rejected the very principle as well as any indemnity. Greece supported the cause of the Greek monks, but in an indirect way. In fact, the Greek monks were Ottoman subjects. Greece joined the position of the other European Powers and accepted the compensatory principle, as being the only realistic solution to solve the crisis. In the first place, Greece sought for protection of interests of the Greek citizens in Romanian Principalities. In 1863, when the Greek language had been removed from all churches and monasteries and replaced by Romanian, Cuza gave to Greeks the right to found own churches and organize themselves into separate communities. On this account, Romania was on excellent terms with Greece at that time. Neither in next years Greece was up to defence of religious communities cause when faced to the development of the anti-Greek trend in Romanian public opinion, because of attempts of Romania to develop a Romanian awareness among the Vlachs of Balkans.