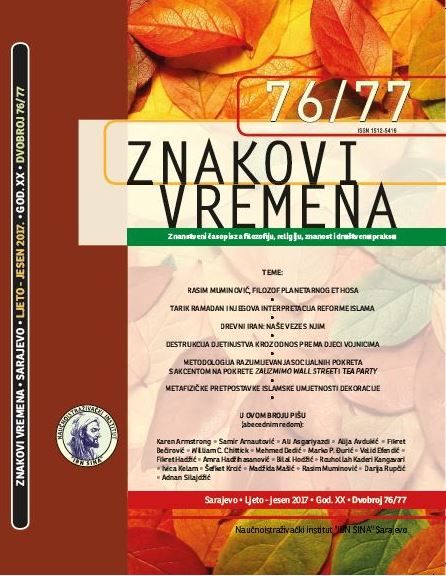 Summary/Abstract: Several years ago, I published an article explaining why it was wrong to associate the term waḥdat al-wujūd with Ibn ‘Arabī’s name. The habit of such treatment is deeply rooted in secondary literature from about the tenth / sixteenth century. Now experts acknowledge that Ibn ‘Arabī never used that term, but it is still largely taken for granted that he has “believed it,” especially in the Muslim countries. I use this opportunity to presentsome of the reasons why uncritically linking this term to his name can only erode his legacy.