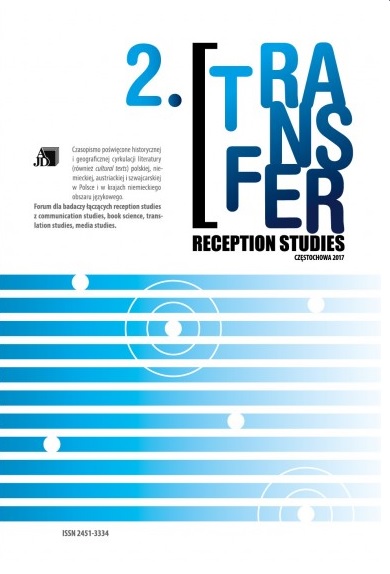 Summary/Abstract: The article deals with the reception of Austrian literature – as it has been presented in “Literatura na Świecie” – since the magazine was founded in 1971. The main goal has been to analyze the ways in which the magazine has contributed to the spread of literature among Polish readers. Because of the breadth of the topic, the article focuses on specific problems in: the representativeness of the works printed or excerpted, the portrayal of Austrian writers, the reviews of texts, critical reviews, translations, and discussions regarding translations. The analysis indicates that the magazine has contributed to the expansion of knowledge concerning Austrian literature and its main representatives, (Rainer Maria Rilke, Robert Musil, Elias Canetti, Franz Kafka, Georg Trakl, Paul Celan, Ilse Aichinger, Elfriede. Jelinek and others , and others), their specificity, along with the historical and cultural conditions of the literature and its proponents.