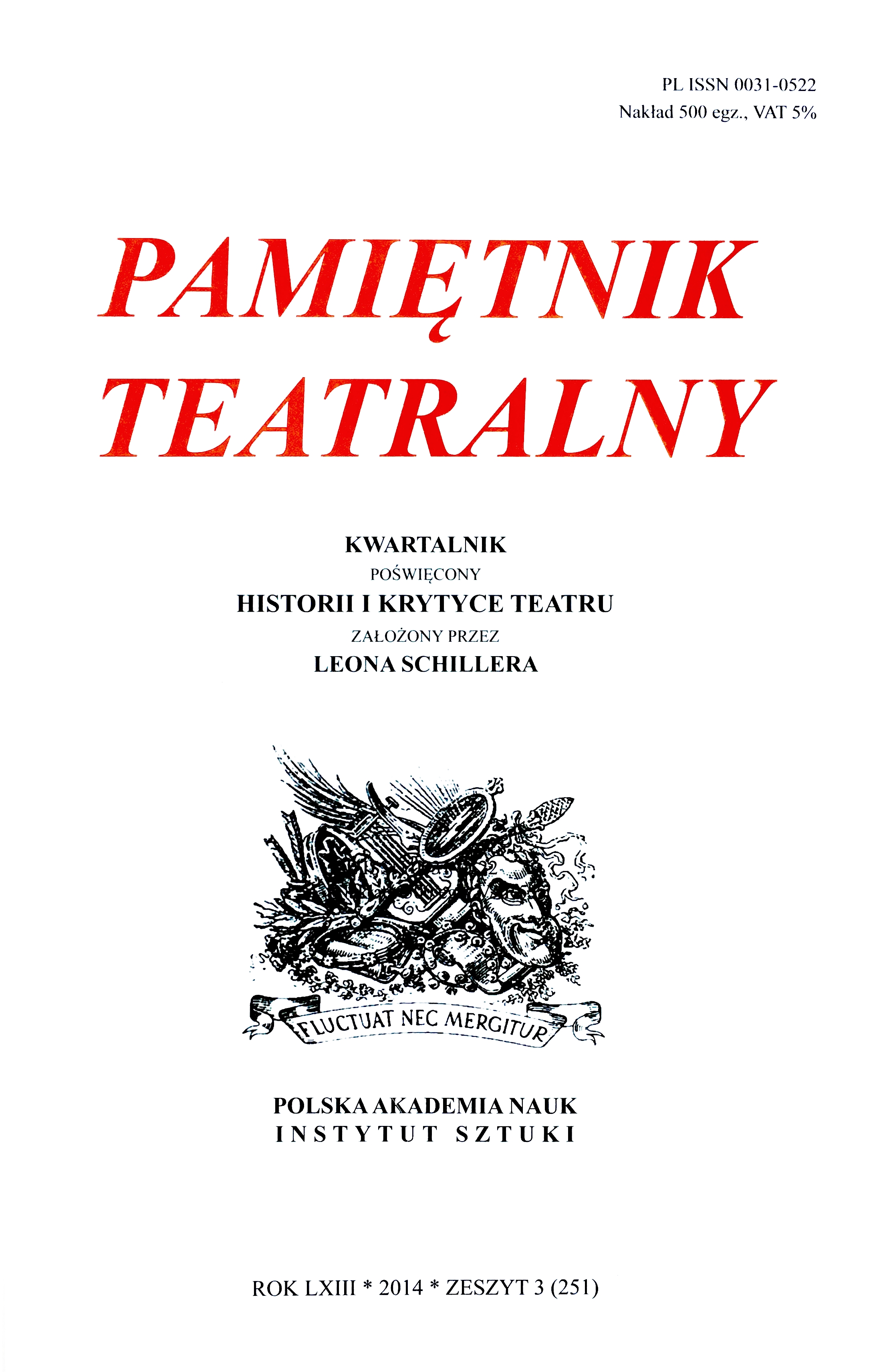 Summary/Abstract: The dramatic structure of Shakespeare’s Tempest is infused with elements of spectacularity that show the control Prospero has over his enchanted island. His power is revealed mostly by his limitless ability to direct the chain of events. Time and time again, spirits on his orders appear in visible form to shape the flow of events and make his political plan happen. Unlike in most theatre plays, the masque episodes do not constitute just an interlude without any consequences for the overall meaning of the drama but are in accord with it. It is so, because the theme of The Tempest is akin to that of court masques, which deal with power and its limits. Prospero, with all elements yielding to his power, plays in The Tempest the role of the king in masque. Masques express in an allegorical way similar convictions about the nature of the world that are expressed dramatically in The Tempest. In masque and in The Tempest alike, what is material turns out to be fleeting and elusive while slyness turns out to be short-sighted. The power to shape reality rests only with the authority that commands people and elements. In The Tempest, it is Prospero’s magical powers; in masque, it is the God-given power of the king.