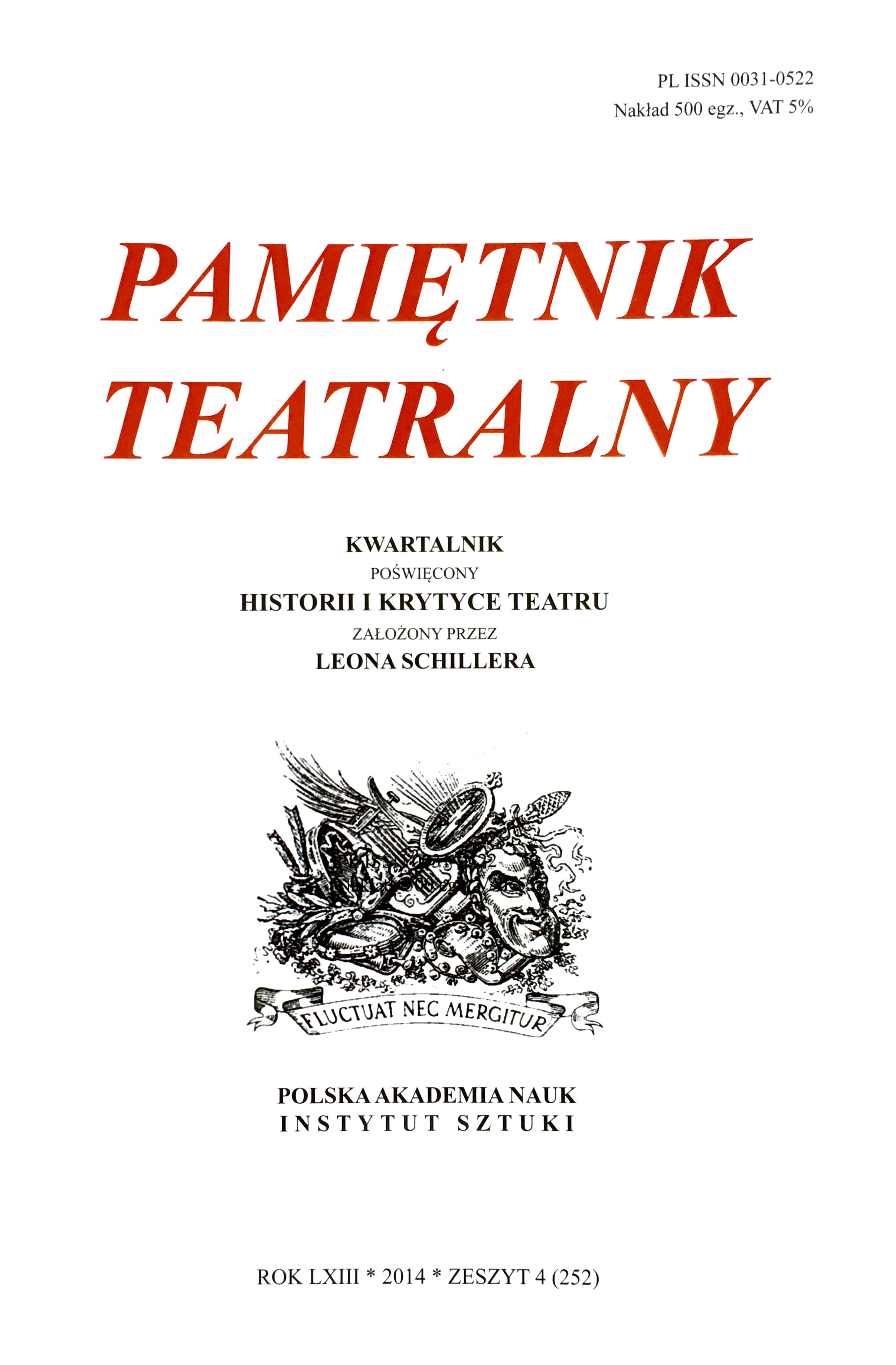 Summary/Abstract: The title of the article signals a paradoxical, two-fold existence of Polonised comedies, which, though existing, usually go unnoticed, especially that most of them are second-rate. I propose to draw consequences from the fact of this double existence and to treat these texts as a product of multi-authorial and multi-generational type of creation of pragmatic character, belonging rather to theatre repertories than to literature and peculiar to the 18th and part of the 19th century. The first part of the article offers an answer to the question of why the figures of the Polish Enlightenment could feel as pioneers when they were launching the public theatre and started producing comedy, and what made their theatre stand out among numerous other spectacles of the era, either derived from old ludic culture or inspired by contemporary trends. The second part of the article discusses the problems of classicism that was being introduced at the time and of comedy, the literary genre that classicism appropriated both as an aesthetic and ethical category of ancient origin and as a long-standing practice of reworking to which the concept of plagiarism did not apply. Here, various models of comedy are discussed, with emphasis on the Destouches’ model that, as Mieczysław Klimowicz pointed out incisively years ago, dominated the scene. The third part of the article deals with the contemporary understanding of adaptation: the role it played, the consequences it was perceived to have, and an array of functions it was meant to perform. Thus, the part contains a list of its variants. The article also addresses the issue of unequivocal originality of the adapted work and of secondary originality pertaining to the sphere of practice and to the concept of adaptation. The authors and critics were aware of the phenomenon but did not perceive the Polonisation of comedy as inappropriate. In their minds, stealing someone else’s literary work could only make sense if both works were written in the same language. In the conclusion, some 20th-century adaptations from the same language are cited, but their situation is already different. Today, it may be said that, despite motivations of their authors at the time, they anticipated the current popularity of remixes.

Decani Oratio Decani Oratio 2005 Po śladach After the Traces 2014 Performer (nie do końca) stwarza teatr The performer (not really) creates theatre 2015 Z rodziną komedii do „rodzinnej Europy” With a Family of Comedies Towards “the Familial Europe” 2015 „Takie samo miejsce” dla „orłów i komarów Parnasu”, czyli jaki dramat (i jaki teatr dla tego dramatu) zaprojektowali nasi oświeceni “The Same Place” for “Eagles and Mosquitos of the Parnassus,” or What Drama (and What Theatre for That Drama) Our Enlighteners Envisioned 2017
2023 © CEEOL. ALL Rights Reserved. Privacy Policy | Terms & Conditions of use
ICB - InterConsult Bulgaria core ver.2.0.1219