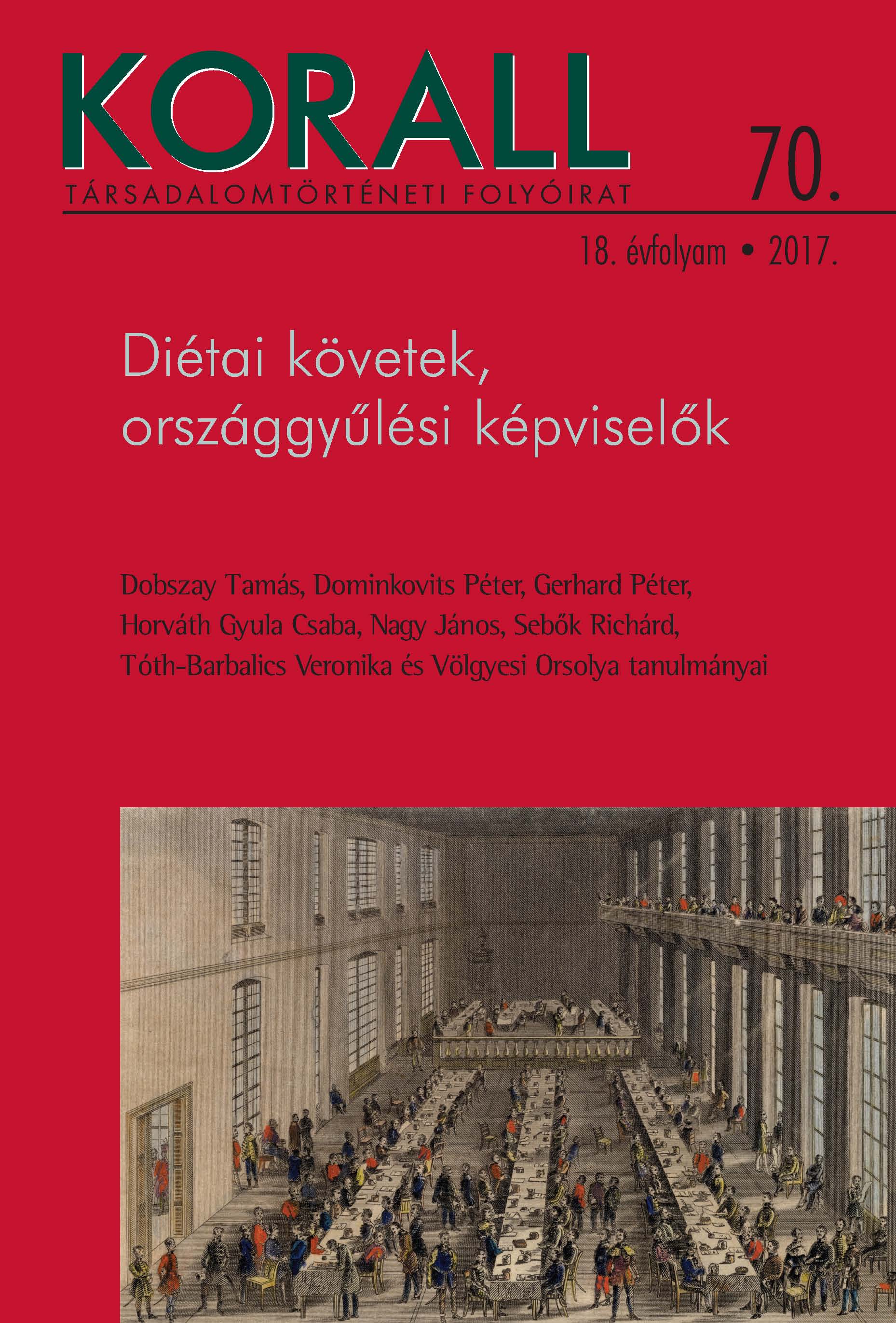 Summary/Abstract: The study explores police profiles written about county representatives, a source type frequently found in the archives of the Secret Service of the National Assembly which operated in situ at the diets and was led by Leopold Ferstl. Following the adjournment of the assembly sessions, between 1825 and 1840, reports were generated about the participants of four diets. From 1830 onwards the descriptions were becoming increasingly standardised: the individual’s age, marital status, position and religious affiliation were followed by his financial situation, intellectual capacity, qualifications, personal ambitions, and political stance. These documents, written from a governmental perspective, may shed light on previously unexplored aspects in the study of the composition, political orientation, and individual life strategies of county representatives. The present study focuses on the heroes of the government’s narratives of the time, those country legates who stood by the government’s policies and served the royal interests at the diet of 1832–36. They were selected as the subjects of the study because, while ample research has been conducted on the birth of the liberal opposition and its protagonists, the other side of the benches has attracted little scholarly interest to date. In order to see the full picture, however, it is essential to gain insight into the careers of those representatives who unequivocally sided the government’s policies in the second half of the 1830s and chose to leave elected county office behind to serve as royal appointees even if they had formerly held opposing views. The first step in charting this process is to probe this unique source type for the trajectory and change of office of those county representatives – referred to as “well disposed” in the secret service documents of the 1832–36 diet – who subsequently attained high ranking positions in a very short time.