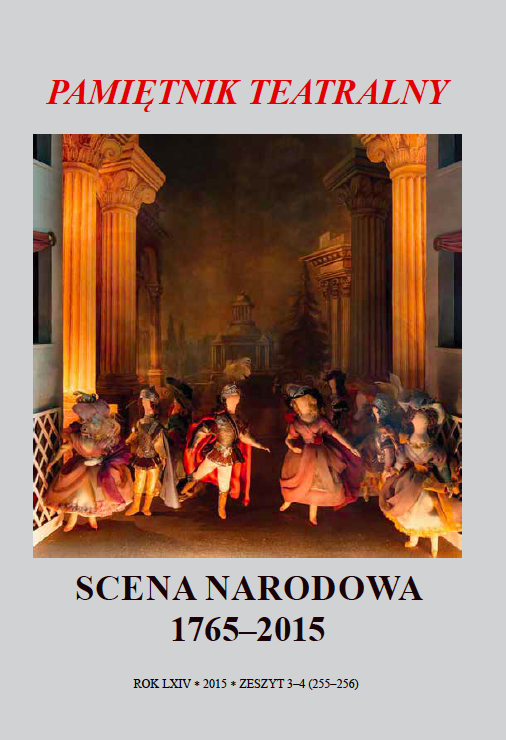 Summary/Abstract: The Narodowy Theatre may not boast uninterrupted operation as a public institution and its name changed on numerous occasions, yet it may boast continuity of its tradition. The Narodowy Theatre continues to carry on the mission entrusted to the company of Actors of His Majesty’s Polish Comedies in 1765 as a programmatically Polish theatre. Tradition of the National Stage includes also the repertory written specifically for its purposes. The acting traditions seems equally important. Today’s actors of the National Theatre may boast the professional pedigree going back to the 18th century. Keeping all this in mind the author of the article argues for three theses. Firstly, all subsequent professional public theatres operative during the reign of King Stanislaw August comprise a single phenomenon, united by the same idea, viz. the National Stage. Secondly, one can discern in the phenomenon of the National Stage the tradition of Old-Polish theatres and, therefore, of former national stages. Thirdly, the present-day Narodowy Theatre can be treated as a continuation of the National Stage, whose traditions can be found in other Polish theatres as well.