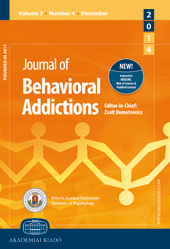 Summary/Abstract: Compulsive sexual behavior (CSB) is a common behavior affecting 3–6% of the population, characterized by repetitive and intrusive sexual urges or behaviors that typically cause negative social and emotional consequences. Methods: For this small pilot study on neurological data, we compared 13 individuals with CSB and gender- matched healthy controls on diagnostic assessments and computerized neurocognitive testing. Results: No significant differences were found between the groups. Conclusions: These data contradict a common hypothesis that CSB is cognitively different from those without psychiatric comorbidities as well as previous research on impulse control disorders and alcohol dependence. Further research is needed to better understand and classify CSB based on these findings.