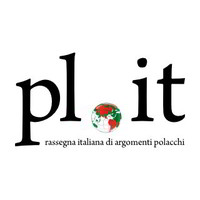 Summary/Abstract: The paper focuses on the process of consolidating different Christian forces fighting the rise of the anti-trinitarian movement in the Grand Duchy of Lithuania and Poland in the mid-sixteenth century, right after the death of Duke Mikołaj Radziwiłł (Radvilas) the Black, the leader of the Reformation. One of the first attempts to oppose and officially condemn anti-trinitarian ideas, which began to spread after the fragmentation and schism of the Polish and Lithuanian Reformed Churches in 1563, was the Orthodoxa fidei confessio (Königsberg, 1566) written by Nicolaus (Mikołaj) Pac, Bishop of Kiev. Notwithstanding the fact that his confession revealed his Protestant identity, Pac managed to retain his position as a Catholic bishop (not ordained by the Pope) for about 27 years, i.e. almost until his death in 1584. The paper describes the religious context of the publication that defended traditional Trinitology as well as its confessional details, which were closer to Lutheranism than to the Reformed faith.