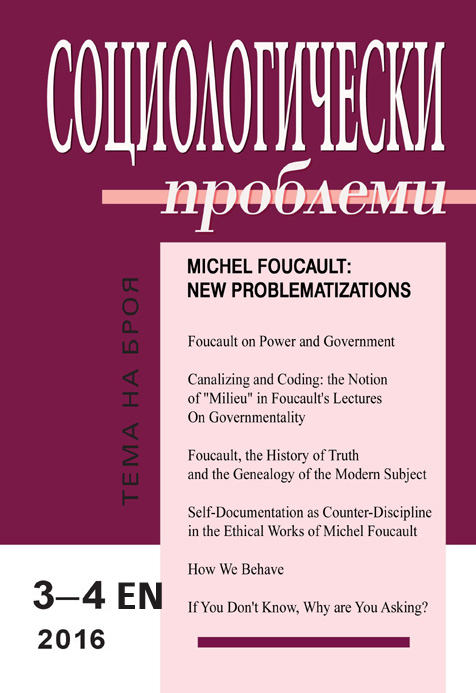 Summary/Abstract: This article seeks to analyze the significance and the dimensions of the notion of “milieu” in Foucault’s lectures on governmentality at the Collège de France. After reconstructing Foucault’s brief genealogy of the term, I will put forward two arguments. First, I will show that the “milieu” constitutes a strategic element in the emergence of a liberal governmentality in the 18th century. Secondly, I will argue that mobilizing the “milieu” not only enables the government of humans but also makes possible a “government of things” (Foucault) that addresses complexes or assemblages of humans and non-humans.